Heaton: Why Everyone Should Learn to Code

“The ‘everyone should learn to code’ movement isn’t just wrong because it falsely equates coding with essential life skills like reading, writing, and math. In my thirty year career as a programmer…”
Wait! Not so fast. Thirty years? 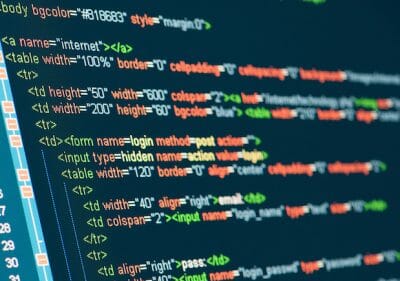 My father was a computer programmer in that era thirty years ago when it was really difficult to enter the field. Running a program meant getting up in the middle of the night for your allotted run time. Programs were boxes of punch cards. Machines communicating with machines was sci-fi. A phone was something shared with neighbors. To this day a computer to my father is a room sized monster: nothing else qualifies. A PC is just a typewriter, a mobile phone just a phone.
Professional programmers don’t think just anyone can write code. Many believe It takes years of experience, along with with innate mathematical and logic ability. This would certainly be true if programing still required lugging around boxes of cards in the middle of the night. Today, modern computer languages are far easier to learn, and software for the most popular languages like Python and Java, is free. Open source software and free online learning sites have broken down the barriers to learn coding. One doesn’t need to be an insomniac cubicle jockey to write code. You don’t even need to be from India, you could just a well be from Southaven.
So, even if anyone can code today, why is learning to do it important?
Because having a good idea is not enough. To be successful in this job market you must be able build and execute your idea.
Developing your ideas into a product doesn’t mean being chained to a desk anymore than it means lugging around a stack of punch cards in the middle of the night. Coding is no longer difficult. The open source movement has seen to that. To my father and the professional coders, I agree that it takes years to understand what others have written in the millions of lines of legacy code. I’m not suggesting that just anyone could be that type of programmer anymore (or want to be) than I would suggest that anyone could be a concert pianist or best selling author. The difference between coding and creating music or a novel is that writing code is much, much easier.
A useful analogy may be found in music. Is the artist Pit-Bull a musician? Probably not in the 18th century meaning of the term. Today however, this man with no traditional musical talent I can discern is a multi – platinum artist.
Same thing with technology. One doesn’t need to be a prodigy to be a successful technologist, one needs to know how apply the technology well enough to build a mobile application. It’s more important to understand the market and communicate with people than write the perfect line of code. The sought after graduate does not have to be a great coder, but they need to understand technology.
Who should learn to code? Here are some clues: If you have a report that takes most of your day to prepare. If you need to find a ride to the store. If you find it difficult to build a winning team for fantasy football. If you need help coordinating volunteers, if you need to create a story from thousands of articles, you should learn how to code.
Everyone should learn to code. To the veteran programers, the cubicles are all yours. I love you dad! 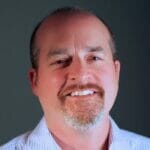 Tim Heaton, BBA ’82, is from Southaven, Miss. Over a thirty year Wall Street career he has traded proprietary arbitrage for several major banks and hedge funds in New York, Chicago and London. Joining Cantor Fitzgerald in the World Trade Center in 2001, he luckily was late for work on the morning of 9/11. In the aftermath, Tim would design the automated market-making systems that enabled the firm to get back on-line. The technologies he developed have been awarded nineteen US Patents to date. Most recently his research and development have concentrated on leveraging big data and mobile technologies.
Tim is the proud father of Dr. Allison Pace of Shreveport, La. and two teenaged sons who reside with him and his wife Linda in Morristown, NJ. He is very active in volunteerism and donates his leadership and technical skills to several community and youth service organizations. Tim can be reached via email at tim.h.heaton@gmail.com.