August 18, 2014
0
389
We are still quite a ways from Christmas, but you would have thought Santa Claus was in Oxford with the lines that wrapped around the Manning Center this past Saturday.
Roughly 5,000 dedicated Rebels, both young and old, filled the newly renovated Manning Center to enjoy the festivities as they eagerly awaited autographs from there favorite Ole Miss Players and coaches.
While the fans waited for the main event, there was an array of activities and enjoyed the Manning Center’s upgrades. Lucky fans mingled with Ole Miss players and coaches who shook hands amidst the crowd prior to taking the stage for an afternoon autograph session.

The Rebels are now more than halfway through fall camp and are enjoying this short break from practice. These are the kind of events that make athletes realize from time to time how deep their support runs in a team-friendly community like Oxford. You could clearly see in the players’ faces that the outpouring of enthusiasm took them back to why they started playing this game at all. They seemed to feed off the crowd gaining a rejuvenated passion to work for something greater than simply the idea of winning. For these players, coaches and fans, this moment was about their love for the game.
Fans were also treated to addresses from Coach Hugh Freeze and Athletic Director Ross Bjork. These two leaders shared their road maps to what Rebel Nation can expect this season.

With just 10 days to go until kickoff, many fans were ready to examine the first round of AP polls. Did the Rebels make the cut? For those who put a lot of stock in pre-season polls, Florida State was ranked No. 1 in Sunday’s poll, but the SEC, as always, dominated the Top 25 for Week 1. Drumroll please! Ole Miss has grabbed the attention of voters and earned a No. 18 ranking in the AP’s pre-season poll!
Next stop Atlanta, folks! The Rebels are looking good, but they will have a tough road ahead, especially with the new playoff system this year. Thursday night lights can not come soon enough. On Aug. 28, the Rebels take on Boise State in the Georgia Dome with a 7 p.m. kickoff on ESPN in the Chick-Fil-A Kickoff Game. 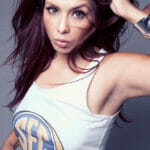