Established in 1834 by the Harris Family, Carthage, Mississippi, was named for their hometown of the same name in Tennessee, though it was originally supposed to be called Leakesville as an homage to the county.
On July 31, 1834, the Board of Police selected Carthage as the county seat of Leake County in central Mississippi. The land for the original settlement was donated in June 1835 by Thomas L. Harris and his wife, Matilda. 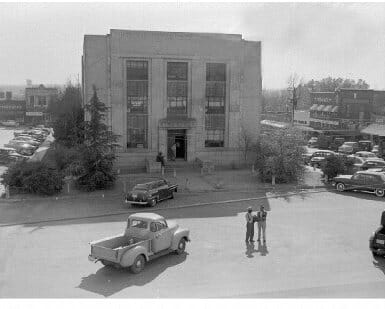 The city’s first courthouse was built in 1835 and served the community for 41 years before it was replaced by a new courthouse in 1910. On April 20, 1837, the first post office was established.
Carthage drew up its first Charter of Incorporation in 1876. The charter was amended in 1910 to make the town a municipal corporation with powers to be carried out by a mayor and a board of aldermen.
Today, Carthage is still known for its historic houses and small-town charm, making it a great place to have children and raise a family. Carthage’s location in the dead center of the state and its proximity to many major thoroughfares makes it a key location for businesses and distribution throughout the state.
Information courtesy of the city of Carthage homepage.
Facebook
Twitter
Pinterest
Previous article
Community Foundation is Delta Benefactor With Credibility
Next article
University's Sorority Hosts a Walk for Ferguson Awareness