Why You Can Do Anything You Set Your Sights On

I got chills this past Friday as I sat in the space where one of the most effective speeches ever was delivered. It was in this room on February 22, 1980, that a group of young men would be on the cusp of galvanizing America. 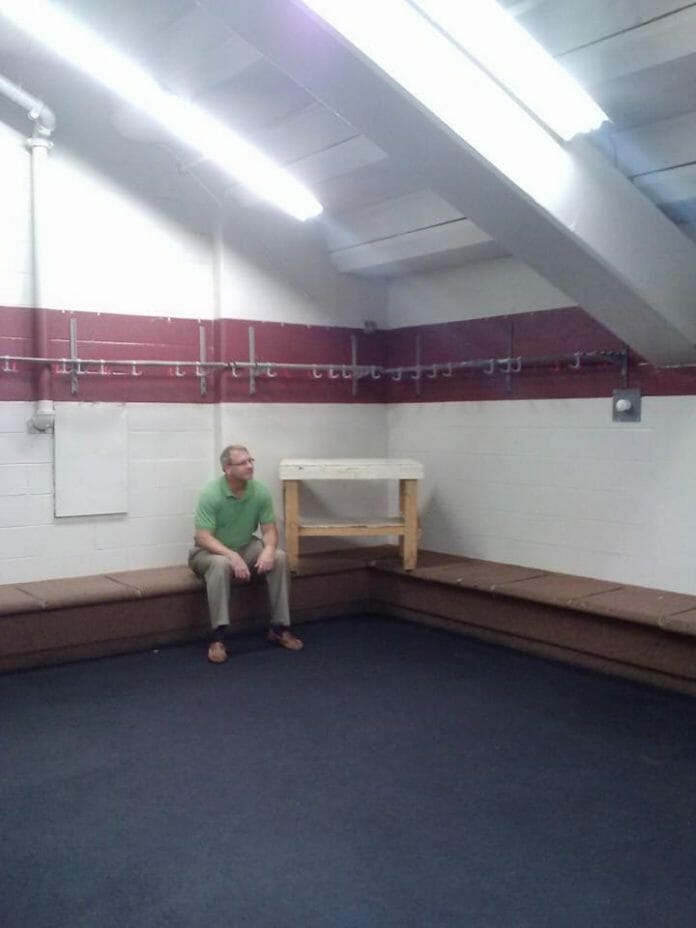 I was in Lake Placid, New York, to do more research on my newest motivational talk “More Than a Miracle.” Above this cramped locker room, 11,000 people had crammed into an arena that seated 7,700. New York state troopers would lock arms outside the arena as no one else would be admitted after the start.
The chant “USA! USA! USA!” started that day with Americans said it over and over again as Team USA prepared to face the mighty Soviet Union hockey team, the best hockey team of all time.
In the locker room, coach Herb Brooks walked in minutes before game time and put a hand on the shoulder of the first player he walked by. Taking out a yellow index card that he had written his speech on, he said, “You were born to be hockey players. Each and every one of you. You were meant to be here tonight. This moment is yours.”
Like them, you were born with a purpose. It may not be flying around on the ice, but it is something. You were meant to be where you are not, and this day, this moment is yours.
Historians say none of the 20 U.S. players would have made the Soviet roster. This was the youngest team in U.S. history, yet they won 4-3. Two days later they won the gold medal game. Air Force One was sent to Lake Placid and the next day thousands of people lined the streets of Washington, D.C. to thank them before they met the President.
Later that week in a parade in his hometown of North Easton, MA three police officers had to hold off people who were trying to jump into the float of goalie Jim Craig and get something, his shoe, his watch, to have a personal connection. Over 20 sets of a dozen roses were tossed into his float as well as sacks of groceries!
I have done extensive research on their story as it is one of the most amazing and motivational stories of all time. I wanted to share two powerful insights I learned this past week while in Lake Placid.
First, rarely does a week go by that someone from Russia does not enter the hockey arena in Lake Placid and look for someone to thank. Communism in the Soviet Union did not end the night Team USA beat the Soviets, but the slide started that day. The Soviet News Agency didn’t report the score for two days and when they did they fabricated a story that the U.S. had bribed the officials and had brought in professional players. Both blatant lies. The people of the Soviet Union had been told for years that Communism was the reason they were first in Space and Communism was the reason they were best in hockey in the world. But after the people wised up and learned that the young college students from the U.S. had actually beaten their team, they began to ask questions.
Second, watching the Olympics is a big deal for billions of people around the world and millions in the U.S. When the Olympic selection committee came to Lake Placid in the 1970’s to hear the pitch to have the Games there in 1980, Lake Placid committee members wondered why the Olympic committee had a three hour meeting before hearing them. Years later they learned it was because the Olympic committee was seriously looking at ending the Winter Games. The Summer Games were solid, but going back to 1960 when the Squaw Valley didn’t do everything they said they would do for the Games, and following Games also had major issues. They were going to end the Winter Olympics, but then came the 1980 U.S. Olympic hockey team. Their performance shot a massive dose of adrenaline into the Games and increased the value of them significantly.
The U.S. was at its lowest self esteem point of all time when these boys showed that when you truly become a team, work unbelievably hard, and have leadership and vision like what coach Herb Brooks delivered, that you can do anything. It is fitting that yesterday was Labor Day because what those young men did was not just a miracle. That is why my new Talk is called More Than a Miracle. To this day many of the 20 players continue to be rankled that so many call it a miracle. It was hard work, belief, loving one another and buying into the vision of their coach (even if seven of the players would later name their dogs ‘Herb’).
After the 4-3 win over the Soviets, a father called his son. They had a falling out two years before and had not spoken to each other. “Did you see that game,son?” “Yes, Dad,” the son answered. “Hey, we need to meet soon.” And they did.
People felt that we could end poverty and find a cure for poverty. Why? Because ‘we’ beat the Soviets. Some economic people felt the strong economy of the 1980’s was stimulated by those young men.
In honor of its 60th anniversary this year, Sports Illustrated narrowed down 3,069 covers to a list of 32 and asked readers to vote on which was the most iconic.
After five rounds, the winner by a landslide: “Miracle on Ice,” from March 3, 1980, depicting the greatest moment in American sports history.
It remains the only SI cover without any headlines or type whatsoever. As photographer Heinz Kluetmeier said in 2008, “It didn’t need it. Everyone in America knew what happened.” 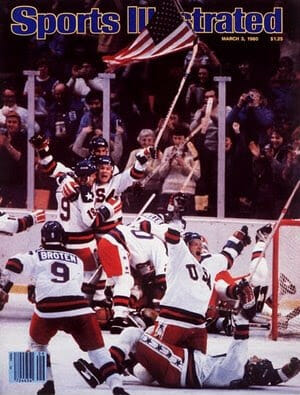 I continue to be fascinated by their story and how it all came to be. Audiences this summer at my ‘More Than a Miracle’ talk have become emotional, stunned, and inspired to great lengths. It is truly an unbelievable story that actually happened.
I will deliver it twice today, this morning to the Sales staff of Welch Packaging and this evening to the basketball programs at Bethel College.
As I left Lake Placid on a research trip earlier this summer, a voice told me to “tell their story, really tell their story.” Now, I can see why. I firmly believe that after what they, you and your organization are capable of accomplishing whatever you set your sights on.