September 19, 2014
0
360
Two weeks ago, I was waiting for a meeting to start when the small talk turned to the local chamber of commerce in the town I was visiting.
“They don’t do anything,” one person said.
“I have never joined the chamber, and I really don’t know who runs ours,” another exclaimed.
Then, an elderly man said, “What do they do?”
I didn’t say anything, but quietly jotted down their comments knowing I would do something with them.
Every now and then I hear similar comments around the state.
This type of folks are way off in La La land. The bottom line here is that our chambers of commerce mean a great deal to Mississippi and they add tremendously to all of our lives each and every day. Most often, chamber directors and their staffs are the unsung and greatly underpaid heros who put in countless hours behind the scenes making sure our towns are headed in the right direction economically.
In my region of the state, all of our larger Mississippi Delta towns have a chamber and more times than not those chambers go out of their way to help the nearby small towns who do not have their own chamber of commerce. 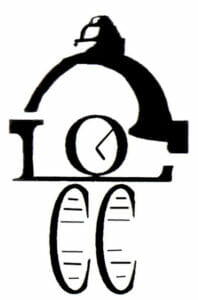 For those unaware of these entities, a chamber of commerce is the organization in any town that works to further the goals of that town’s local businesses. Local businesses pay an annual fee to be members and some funding to operate chambers also comes from the city government. A chamber of commerce is run by an executive director and a board of directors who set policy for their chamber. Someone from the community is elected president each year to serve a one year term and an executive director actually the daily operation. While most people think a chamber of commerce is a governmental body, it is not. However, a chamber often lobbies on behalf of their town in order to get laws passed that are favorable to businesses. Chambers do far more than cut ribbons during the opening of new businesses.
In this day and time in the Delta, a local chamber is not only involved in helping promote businesses and helping to lure new businesses and industry to their towns, tourism has become a major part of any chamber. Years ago, when tourism began to show up on the radar screen in the Delta, chambers began establishing a tourism department that could concentrate specifically on bringing people to their town to attend events, tour their area, and several other things. The establishment of these tourism departments have been extremely beneficial to the Delta’s towns and you don’t have to look far for examples …. the chamber in Indianola that helped with the establishment of the B.B. King Museum; the Clarksdale chamber that has been at the forefront in all things blues in that town for years; and now the chamber in my town of Cleveland that is knee-deep in helping build the upcoming Grammy Museum.
There is a long list of what the chambers in Tunica, Greenwood, Leland, Greenville, Yazoo City, and in other Delta communities have accomplished for their towns.
Chambers are job builders, economic strategists, and problem solvers and we in the Delta and in Mississippi would be in an terrible position without them.
So, be thankful for your local chamber because they add more to your life than you know. And, if you are not a member of your chamber, join it today.