Six Powerful Quotes to Inspire You to Achieve

One of the reasons I believe corporate America audiences can connect to my new Talk called More Than a Miracle is the background of the legendary coach Herb Brooks. 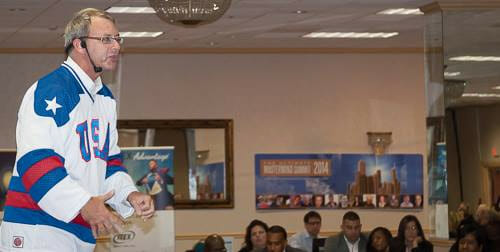 He wasn’t just a sports guy. Herb had graduated from the University of Minnesota with a degree in psychology. He had served in the Military. He was a top insurance salesman in the Twin Cities for ten years after college, before getting into coaching in his 30’s.
When he started molding the group of young men who would eventually win the gold medal, Herb went to the head of the psychology department at Minnesota and had him draw up a 300 question questionnaire that had nothing to do with sports. He utilized this to see what players would handle stress the best, who would embrace change, and who the leaders were of the group.
He was a master motivator who knew how to push buttons. He always said that you don’t put greatness into someone but you pull it out of them. That is what he did with those 20 young men, who mainly came from low to barely middle income homes.
When sharing their fascinating story, I make sure audiences know this man was far from one of those overbearing office managers that don’t “get it.” While Herb pushed them to the brink, he would also sometimes throw a tennis ball on the ice and have them play a game with it, or he would have them play a game skating backwards.
He was of the school that when you doled out compliments it wasn’t often but when you did, it meant something. To beat the Soviets he wanted young men with a bucketful of working class gumption and flying skates. They had to be fast. For months he chided Dave Silk with “when are you going to start skating?” This annoyed Silk to no end, but then one day Herb skated behind him and said, “Your skating is really getting good.”
Silk ran out the arena and around the building, he felt so good.
During the 7 months they were together, Herb prepared these men for success in life. Only one would become a hockey coach. Many own successful financial firms today. One is a commercial airline pilot, another an oral surgeon. One owns a horse farm. One is an administrator at Boston University.
Sayings from Herb like these powerful six helped inspire them:
1. To be successful you must respect yourself. To be successful you must respect your teammates. To be successful you must respect your competition.
2. Develop good habits and become slaves to them.
3. Set goals or forever work for those that do.
4. Become so good there is no way I can cut you from this team. Give 99% and make my job easy to cut you.
5. Don’t be common. The common person goes no where. Be uncommon.
6. If we work hard enough, men, we can do the improbable if not the impossible!
Upon coaching them to the 1980 gold medal, Herb was the most in demand speaker in America. IBM was among those nuts about him. In a talk to their employees Herb revealed that he was far from the first choice to coach the 1980 team. Other higher ranking candidates turn it down because there were too many problems and challenges. In his interview, Herb quoted George Bernard Shaw.
“You see things and say why? But, I dream things that never where and say why not?”
He added, “If you study history you will find that the Greeks 500 years before Christ taught us the best things are the most difficult. That was the fuel for my motivation.”
While I am not qualified to say if anyone is or was a genius, I firmly believe Herb was a genius. 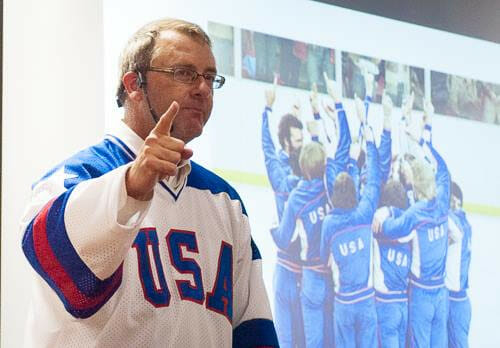 As I said to the audience at the Chicago Mastermind Summit Friday, after hearing their story I believe you will go away feeling there is nothing you can’t do and nothing you cannot overcome.
We lost the first of the 20 heroes earlier this months when Bob Suter died at the age of 57 in Madison, Wisconsin. One of the reasons these young men were such a strong team is everyone had nicknames. Bob was called Woody because he was like a wood duck, always bouncing back up.
Bob had broken his ankle 3 months before the 1980 Games, but Herb kept him because of his attitude and toughness. After the Games he never played pro. He had too much else to do in life. He opened a sporting goods story and a hockey rink for youth. He worked tirelessly encouraging youngsters. He said his life motto was “It’s all about the kids.”
They couldn’t find a Lutheran Church big enough for his funeral last week, so the 4000 people filed into the local arena to pay respects. A humble man, Bob never watched the historic USA win over the USSR on video. He had loaned his copy and it was never returned. No matter.
Do you have a motto for life? Bob did. When he died he was on the ice getting ready to help more youngsters. It is only fitting that would be where he would take his final breath. 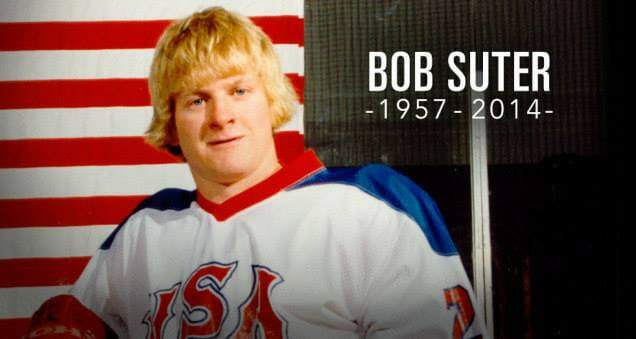