Get On Up and Out: Live Music This Weekend

Bill Perry Jr. — Lamar Lounge 6 to 8:30 (Happy Hour)
Lil B is all grown up and tickling the ivories with positive vibes as per usual. But there’s really nothing usual about Bill Perry Jr. Enjoy happy hour prices and musical exploration.

Pat Green w/ Brandon Lay — The Lyric Theatre, Doors Open 8 p.m.
A three-time Grammy nominee, Pat Green has become a cultural force across the country selling out venues from Nokia Theater in Time Square to the Houston Astrodome in Texas. Green’s explosive live shows have made him a fan favorite and a hot ticket landing tours with the likes of Willie Nelson and Dave Matthews Band. Named “the Springsteen of the Southwest” in People Magazine, Green has sold more than two million albums and has been praised in Esquire, Blender, Billboard, and USA Today.

Atlas Road Crew — Proud Larry’s, 9 p.m.
It seems as if Atlas Road Crew has arrived from another decade as their old-school sound oozes vintage 70s rock dripping with influences ranging from the Rolling Stones to The Band to the Allmans but with modern influences such as The Black Keys and Kings of Leon. Their time on the South East / Mid-Atlantic circuit over the past two years has brought their name to thousands of new faces, earning them a legion of new fans.

Silas Reed (Solo) — The Cellar, 10 p.m.
Young local dynamo Silas Reed is a unique wild card in the Oxford music scene. Usually seen and heard ripping his guitar and slinging soulful vocals in front of his band Da Books, Reed takes it down to the solo level for this one. 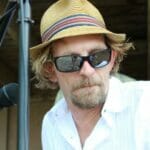 George McConnell & The Nonchalants w/ The Captain Midnight Band
George McConnell picked up his first guitar at age 15, and he’s been picking them up ever since. As both a player and purveyor of guitars, he has amassed quite a collection of sounds, songs and stringed instruments. He’s served as lead guitarist in the bands Beanland, Kudzu Kings and Widespread Panic. In his spare time, he helmed a vintage guitar store on the historic Oxford Square. Oxford-bred, Nashville-based Captain Midnight wheels his cosmic brand of “waterbed rock ‘n’ roll” back into town for a warm-up set before McConnell that is sure to do more than just warm. You’re gonna see that inside.

Que — The Lyric Theatre, Doors Open 8 p.m.
Although Que is a newcomer to the music scene, after his street single “Young N*gga” featuring Migos went viral in 2013, so did his name, likeness and status. The melodic-driven track served as the perfect backdrop to showcase the 22 year-old’s unique finesse on the mic. The Atlanta transplant by way of Kansas City, Kansas, garnered the attention of the industry, which included Atlantic Records who signed him to a label deal. 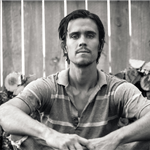