Adams: The Lady who Inspired 'Murder, She Wrote'

I took the picture of this little cabin last week while in Bethlehem, New Hampshire. Inside it, a young girl would build things that would one day lead her to be called “the mother of forensic investigation.”

Frances Lee was born into an affluent family at the turn of the 20th century but despite her strong marks in academics, was not allowed to go to college by her father. Her brother could attend Harvard, but Frances was forced to become a heiress. Her father felt a woman’s place was in the home.
While her brother was at Harvard, Frances met one of his buddies named George Magrath. He was big into legal medicine and solving crimes using scientific analysis. Frances was into Sherlock Holmes, so she was intrigued.
While many squander the blessing of wealth, Frances used it to educate herself on crime scene investigation. She read countless books, went to lectures, got access to autopsies and became so knowledgeable that officers started seeking her insights on cases.
Because of her fathers stubborn wishes, Frances had to wait until age 52 when her brother died to really launch into all of this! 52! When she came into all the family money after her brother died, she gave almost $4 million to build Harvard’s Legal Medicine Department. She paved the way for the country’s first forensic pathology program.
Frances also built doll houses that recreated crime scenes, making them incredibly detailed. Those doll houses first started in that cabin you saw pictured above. 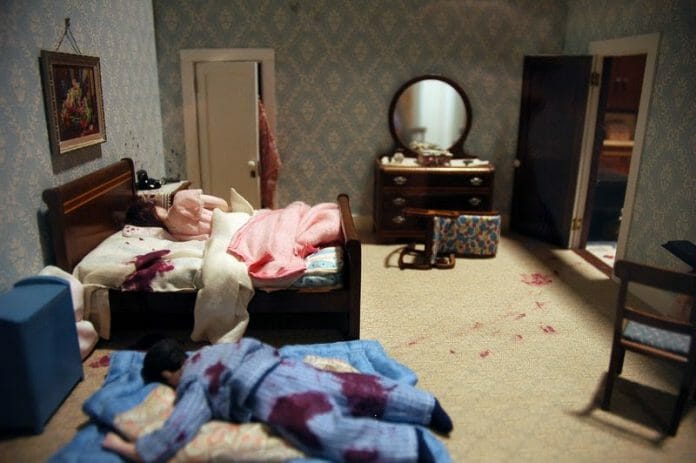 She built them not so much as ways to solve the crimes, but as ways to view and evaluate indirect evidence, especially that which may have medical importance. While I roamed the grounds where Frances spent much of her youth, the building operators gave me a book on her that included the picture below. Look at her focus! 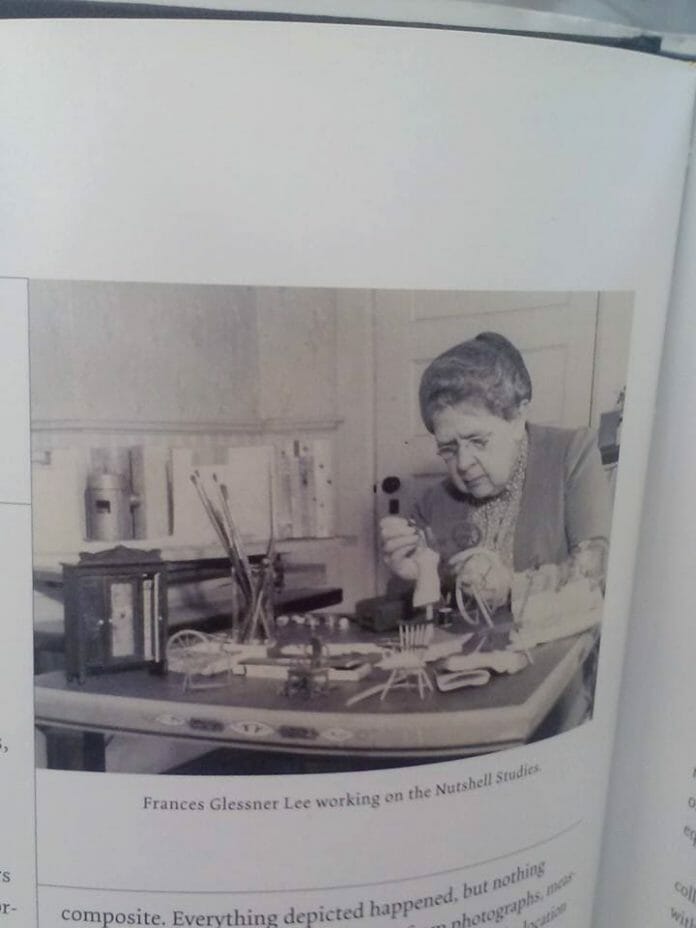 She had that drive to make a difference with her life! Wealthy beyond description, she chose instead to dedicate her life to help bring murderers to justice!
Vowing never to quit until she fell forward dead, Frances became the first woman allowed to join the International Association of Chiefs of Police. The FBI and police chiefs sought out her wisdom. Through the 1940s and 1950s, she put together “Nutshell Studies of Unexplained Death” conferences. Twice a year, about 40 leading crime scene investigators would come in for a week where she would challenge them with crime scenes. They would have an hour and a half to study the scene and solve it. Those 18 dioramas are still used for training purposes by Harvard Associates in Police Science. 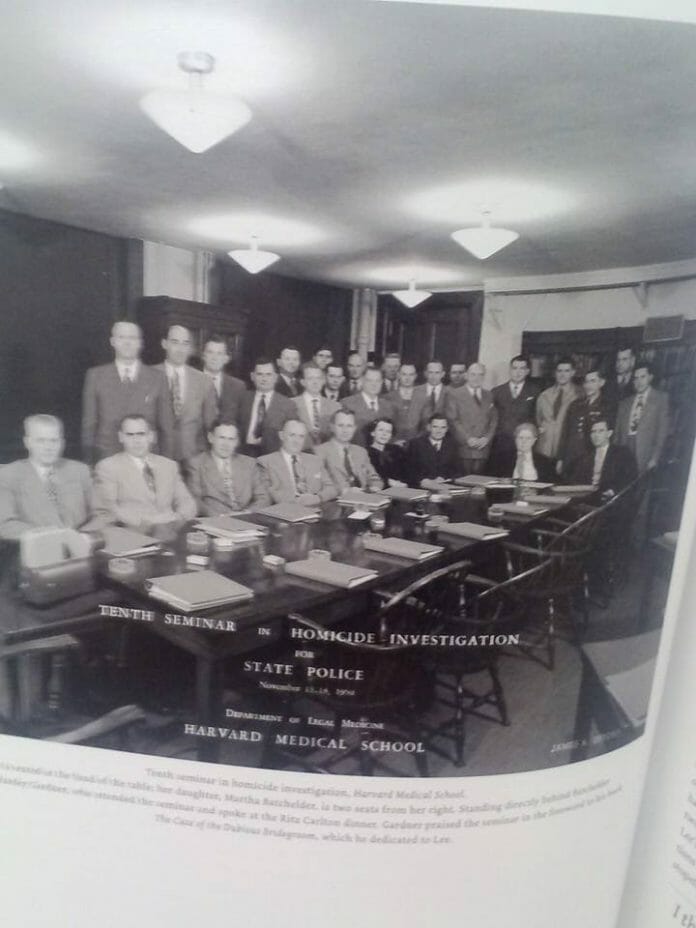 Look at that picture above. Inspiring! She is sitting at the table, bottom row to the right. She went from being told she a woman belongs in the house by her father to being respected by all these leading crime investigators!
Frances was the inspiration behind the character Jessica Fletcher in Murder, She Wrote, and a CSI episode was inspired by her work. Frances dedicated herself to this work until her death in her early 80’s. 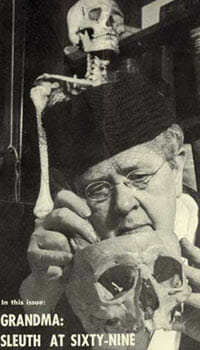 Chances are that you are like me and never heard of her. I had not until I visited where she grew up in New Hampshire. The ‘Stoke the Fire Within’ motivational program I have delivered over the years is built on sharing stories on people like Frances, that had a real fire within. People like her inspire us and cause us to realize that people are truly capable of extraordinary things!