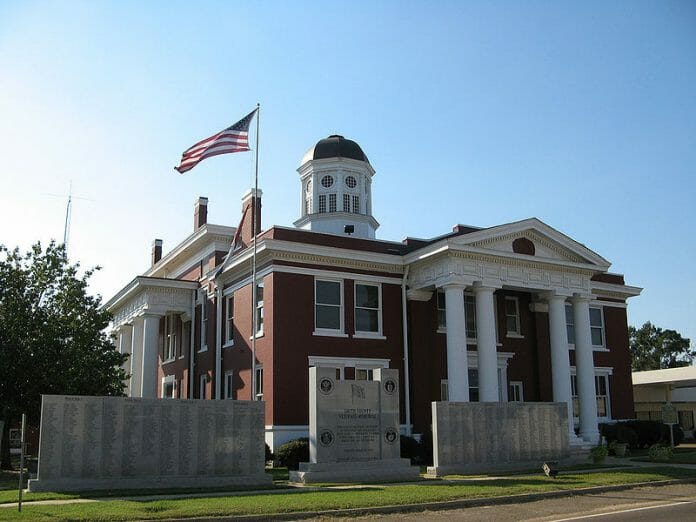 In honor of HottyToddy.com reporter Rachel Vanderford, this week’s HottyToddy Hometown is her home away from Oxford.
Raleigh is about 50 miles southeast of Jackson, the state capitol. It is one of three towns in Smith County. Former home of the National Tobacco Spitting Contest, this place is everything you would expect from a small, southern town. 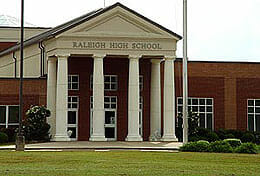 In the 2013 census, Raleigh held a population of 1,446 residents. There is one four-way stop, but no stop lights. The town has one gas station and a small grocery store. Along Main St. are a few shops, salons, and a family-owned pharmacy. Raleigh is the only town in Smith County that has an elementary school separate from its high school.
Named for English explorer Sir Walter Raleigh, Raleigh has been home to such Mississippians as Governor Robert Lowry, Governor/U.S. Senator Anselm McLaurin and pioneer William H. Hardy.
Historically, the town of Raleigh and its citizens were very involved in the Civil War, where it was home to many companies of the Army of Mississippi and even a training camp. Raleigh was a part of Grierson’s Raid, which played a major role in the defeat of the Confederate Army at Vicksburg.
Raleigh was also home to the once-famous Harrison Hotel. The two-story hotel was built in the mid-1840’s and was the most important building in town, aside from the court house. During the 1851 gubernatorial campaign, Jefferson Davis made a speech at the courthouse and visited and dined at the hotel. Other frequents of the Harrison Hotel included Governor Theodore Bilbo and Representative Ross Collins.
This quaint town is also home to former Ole Miss wide receiver, Donte Moncrief. The former Raleigh Lion attended Raleigh High School before moving on to play for Ole Miss, where he played from 2011-2013. In January of 2014, Moncrief decided to forgo his senior year and enter the NFL Draft. In May of 2014, he was picked and signed by the Indianapolis Colts.
Rachel Vanderford is HottyToddy.com and can be reached at rmvander@go.olemiss.edu.