He Helped Make the Miracle a Reality

When coach Herb Brooks was putting together the 20 man roster for what would become the Miracle on Ice team of 1980, he wanted players like Jack O’Callahan.
He wanted college educated players so they could understand and embrace the new style of playing he implemented, and he wanted players with a fire within. 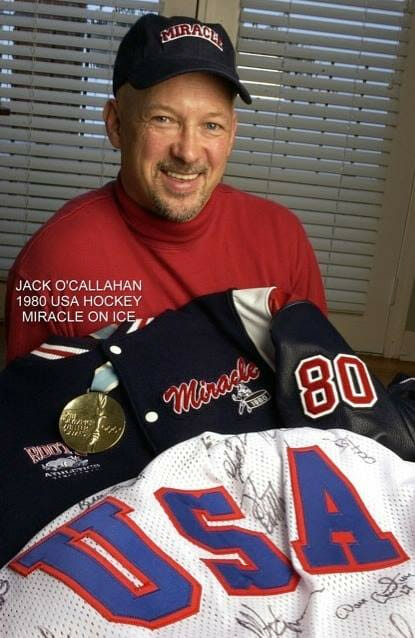 Jack O’Callahan had a burning desire to seek excellence, and he was as tough as they came. While playing at Boston University before the 1980 Games O’Callahan lost a dozen teeth and had around 100 facial stitches. When he stepped on the ice, he took the approach of going to battle. It would take that kind of toughness for Team USA to have any chance against the dynasty Soviet team of 1980.
O’Callahan was from Charlestown, Massachusetts which is a short hop from Bunker Hill. In 1775 American patriots stopped the British two times there, and took out half of their force before running out of ammo. O’Callahan connected with their commitment and took that approach to sports and to life.
While Herb was incredibly hard on the team, he also appreciated commitment. O’Callahan had busted his tail from July until February of 1979-80 during the stretch the team was put together. On the Saturday before the Olympic Games started Tuesday, Team USA lost 10-3 to the Soviets in an exhibition in Madison Square Garden.
O’Callahan suffered a knee injury in that game and some doctors felt he would miss the Games. Herb had to hand in his 20 man Olympic roster in less than two days. He felt pressure from the USA hockey committee to replace O’Callahan with a healthy player. 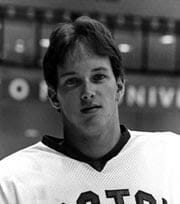 Despite the fact that O’Callahan would miss some games and possibly the whole Games, Herb kept him on the roster. There is a great scene in the Disney movie ‘Miracle’ where Herb says, “Jack, there are 19 players in their expecting me to do what’s best for the team.” Jack looks resigned, like the best thing would be to replace him. “That’s why,” Herb continues, “I’m keeping you on the roster.”
Mike Eruzione later said that keeping him on the roster was one of the best moves Herb made because the emotion in the locker room was sky high when Herb told the team he was keeping him on the roster. Herb kept him partly out of loyalty for the work he had put in, but also for his attitude and team first approach.
One of the reasons Team USA stunned the Soviets and won Gold was the incredible commitment to TEAM that the players developed over those seven months. In O’Callahan’s case he sacrificed his first season in the National Hockey League because of playing on that hurt knee in the Olympics. He did everything he could to rehab it just so he could get back for his team and play for his country.
O’Callahan missed the first couple of games in Lake Placid, but did get back on the ice and was a factor. With the New York Times, Chicago Tribune, Washington Post and every other major paper and media outlet there, he yelled out a reference to Bunker Hill when talking about the win over the Soviets.
O’Callahan went to Boston Latin High School, the oldest high school in the United States. John Adams, Benjamin Franklin, John Hancock, and Thomas Paine also graduated from there. An excellent student O’Callahan turned down Harvard in the recruiting process because he wanted to go somewhere that had excellent academics and a realistic shot at the D1 National Championship in hockey. He picked Boston University. Like almost all the other players, he came from a home where money was sparse. He wore glasses because they could not afford contacts.
He took his competitive fire into seven years with the Chicago Blackhawks and is a former member of the Chicago Mercantile Exchange (1984-1998). He is registered as a Commodity Trading Advisor (CTA) and holds several registrations with FINRA. He is now President of Beanpot Financial Services in Chicago. Three and a half decades later, he still hears about the Miracle on Ice game. Doctoral students reach out to talk to him about the impact it had on the Cold War and beginning the end of communism in the Soviet Union.
Herb Brooks built the Miracle on Ice team on toughness, speed, values, coach ability and incredible fitness. He did not look for the best amateur players in the country. He looked for the right ones.
Like Jack O’Callahan.