McDaniel: A Heartbreak Like No Other — On Love, Loss and Ole Miss Football

A post by AL.com reporter and Ole Miss alum Alex McDaniel started making the rounds Sunday night about the defeat of her late father’s Rebels two weeks after his death. 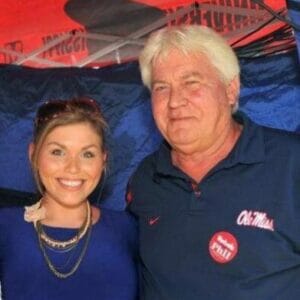 McDaniel’s father Tommy was a lifelong Rebel fan who engrained this passion in his two daughters. In her post, McDaniel writes about her father’s final Ole Miss football game and his unending love for the school he never attended.
“Growing up, Daddy would tell me stories about the Ole Miss team of his youth. Johnny Vaught’s boys, feared and revered, were for a time among the top college football teams in the nation. And though my father knew he’d never be able to attend the university, it didn’t stop him from loving the school, and years later, giving me the opportunity to spend my college years in Oxford.
“He loved his Rebels, for better or worse, always holding onto hope when hope wasn’t enough.
“This season, he said months ago, hope wouldn’t be necessary.”
Coach Hugh Freeze was moved by the piece and reached out to McDaniel with a kind word about the man he never had the chance to meet.