Rose: How in the World Did We Forget The Delta? 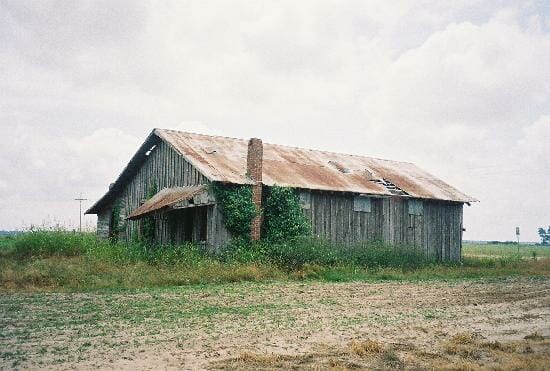 When cotton was king, writers from around the country could scarcely resist a road trip to the exotic Delta. They would wax eloquent about the white cotton, the black field hands, the palatial mansions owned by white planters (never farmers!), the poverty, the cruel burden of segregation, the violence, and go on about William Faulkner, even though Faulkner was, of course, a hill boy.
Over time, as cotton waned and civil rights laws were passed and black people got elected to run much of the Delta, the lines weren’t quite so clear. Even the clichés were harder to come by. So the writers came less often.
And they missed an essential chapter in the never-ending story of race.
In a land that is 75 percent black, the poverty is worse. There are no jobs. If they possibly can, young people tend to flee, preferably to places where the living – and the money – is easier. Teenage pregnancy is epidemic. The area has some of the highest obesity, diabetes, high blood pressure and heart disease rates in America. Much of the population doesn’t even have ready access to healthy food; they eat out of gas stations and convenience stores. Generations are caught up in a cruel welfare cycle. The schools are still segregated and as sorry as ever. For the most part, churches are either black or white. And it is a rare thing for white folks to invite black folks over to the house for dinner and vice versa. Black people control the politics. White people have all the money.
What a mess.
Yet, something is stirring in the Delta.
In Indianola, black and white community leaders worked hand in hand to pull off a Smithsonian-quality museum dedicated to the life of B.B. King. Greenwood has a luxury hotel, the Alluvian, which many rank among the state’s best. Thanks to the seeds planted by Morgan Freeman and Bill Luckett, Clarksdale’s downtown packs ‘em in at night to worship at the rowdy altar of the blues. More often than not, the people dancing on the bar are from Europe and Japan and the tourists outnumber the locals.
And now, the major cities of the Delta are electing white mayors.
Indianola, Greenville, Clarksdale, Greenwood – each of them nearly 70 percent black – have elected white mayors recently. Cleveland and Tunica have white mayors but have never had a black mayor. All of this in a region where racial bloc voting used to be the order of the day.
This is a major sea change.
But why? What happened?
Have voters suddenly become color blind? Has the electorate become mature and sophisticated? Is it that voters are fed up with leaders who aren’t making things better and simply voting for whoever they perceive to be the most qualified to do that? And where do we go from here?


That’s why we have our Depth Reporting 580 students in the Delta again this spring—to hunt for answers. To stay with the story of one of America’s most embattled regions, a place where the grinding poverty is matched only by the poorest of Indian reservations out west. A place plagued as much as any by the age-old problem of race.
It is a difficult assignment. That’s why we do it. If you challenge smart students, they will rise to the bait. And there is bait a-plenty in the Delta.
It is, in fact, the best writing and reporting laboratory around. Many of our students have never been to the Delta until they take this course. They are alternately shocked and bewitched by what they find. It can be a frightening thing to venture off campus, out of your comfort zone, to interview strangers about the touchy subject of race in a land you’re unfamiliar with. But isn’t that what reporting is all about?
Thus far, we have published magazines on the North Delta’s economic struggles, the near collapse of Greenville, the record Mississippi River flood of 2011 and Delta food. This one will be about the legacy of the Voting Rights Act in the Delta. It’s a story the media have scratched at, but seldom explored with any depth.
We will ask students to look back at the long and perilous struggle for the right to vote. They’ll profile the foot soldiers of the movement, those men and women who risked their lives to go into communities and persuade beaten down poor folks to make the scary trip to the courthouse to try to register. They will talk to people who were threatened, jailed, beaten for trying to register black people. They will examine the very real gains in race relations. And the problems that remain.
They will be asked to assess the political, social and economic impact of the black political takeover of much of the Delta.
And they will be asked to put it all into context and explain what has happened, why and where we go from here.
A tall order.
But that’s what in-depth magazine journalism is supposed to be.
The taller the better.
The class has changed, much like the Delta. The first time we offered it, we had to beg people to take it. Now it is an Honors College class and each year, more Honors College students want in. This year, we will have 10 Honors College students and two other journalism students with excellent GPAs. We give ambitious high achievers good stories and put them to work.
Some of the initial reporting was ragged and required students to return again and again until they got what they needed. Over time, the efficiency of the reporting has improved. The writing has gotten better as well. Students are learning how to fight through the agony that goes with returning to the campus with hours of tape recorded interviews and having to sort through all of that, make sense of it and tell the story in an interesting, readable way. It sometimes takes three drafts, but we get there.
Many find the hard work fun. We spent last year’s spring break headquartered in the heavily discounted, eclectic blues-themed apartments above Ground Zero Blues Club in Clarksdale, and rumor has it, students managed to squeeze in a little late-night musical enjoyment. On the last night, we found our way to Po’Monkey, one of the last real Delta juke joints, a rough-hewn place tucked far down a rutted gravel road out from the tiny hamlet of Merigold.
And then there are the people. Our students are our best ambassadors and they have made many friendships there. It’s a very social, very friendly place, and people generally love the fact that our students care enough to write about them. It helps that about every 20 feet, you run into the most colorful character you’ve ever met.
So when I get asked — as I often do — why we don’t go to other parts of the state, I have a very simple answer.
Why? We’ve got the Delta.
Bill Rose grew up in the Mississippi Delta, then worked for the Delta Democrat-Times in Greenville, covered the South for the Miami Herald, and served as managing editor of The Palm Beach Post. He joined the Meek School faculty in 2009.
Courtesy of the Meek School of Journalism and New Media
Facebook
Twitter
Pinterest
Previous articleUM Professor’s Research Paper Selected for International Award
Next articleBroadway Musical ‘Sister Act’ Coming to Ford Center