Taste of the Game: The New Kid on the Block 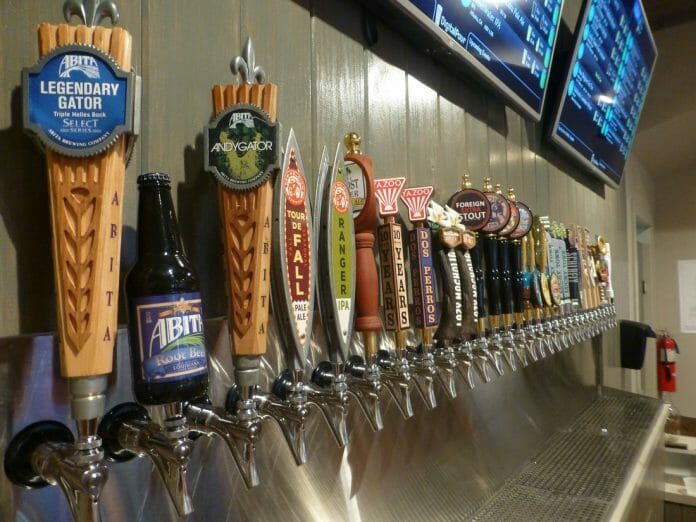 I can’t believe it’s almost the end of the regular season, and we have managed to hit all the local faves around the Square for the Taste of the Game series, one of my favorite parts to share during football season. Even I need a break from the craziness inside press box or on the sidelines.
I thought this week I change pace from all the familiar faces and showcase a growing local new kid on the block — after all, it wouldn’t be football without giving some of the rookies a little playing time.
There’s some things you just need if your going to enjoy football the way we like it here in Oxford. Since we can’t always make it to the games doesn’t mean we still can’t have a hell of a good time. If I am not going to be sharing a stadium seat with some of my closest Rebel family, then you will probably find me in a place that is quaint filled with good brews, bar food and rowdy friends.

Rebels, I have just the place to find some of the best craft beers on tap and a great game day choice. The Oxford Growler may be the new kid on the block, but it’s on the way up with all the great craft and with 30 of the best brews on tap and some good bar food.
We are coming in just in time this week because they are switching out their taps with some new seasonal favorites for fall. For the best play-by-play for the new on taps visit them on Twitter.

The Growler has as many as 30 craft beers on tap at one time, so it’s a tough choice sometimes — but I am going with Lazy Magnolia Backwoods Belgian and the Simply Mississippian steamed sub to hit the spot.
Well if you are looking for a grand ole, down home time, head over to the Oxford Growler at 265 N. Lamar Blvd., Suite Y.
For more on the Growler, visit their website.