In honor of the hundreds of students that flood Oxford every year from the second largest state in the nation, HottyToddy.com staff reporter Molly Brosier wrote about her hometown of Amarillo, Texas.
I am from the largest city in the Panhandle of Texas. We are closer to New Mexico and Oklahoma than we are to our state capital, and we have a population of about 190,695 as of 2010. Amarillo is split between two counties, Potter and Randal and as long as George Strait keeps singing songs about Amarillo we will continue to thrive. It may not as glamorous as Dallas or San Antonio, but Amarillo is a great place to call home.

Amarillo is probably most known for Palo Duro Canyon State Park, which is about 30 miles outside of Amarillo near a neighboring city, Canyon Texas. The State Park is wonderful for hikes, bike rides, and camping. Every summer, Palo Duro Canyon hosts the outdoor musical “TEXAS.” This family friendly show displays the daily lives of early settlers through dancing and singing. The show ends with a spectacular firework show that is always a crowdpleaser. 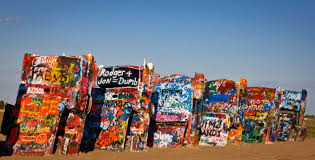 Another must-see in Amarillo is the Cadillac Ranch. Stanley Marsh III financed this project back in 1974. Parked in a field along old Route 66, Cadillac Ranch is an attraction that people from all over the state and the world come to see. The cars are famous for their brightly colored coats that are added by each visitor who stops by. Spray-painting the Cadillacs is a tradition deeply routed in Amarillo and is a sort of right of passage for all who preside there. 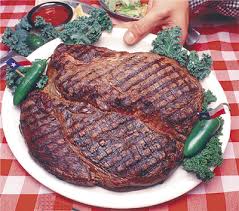 Not many people visit Amarillo without visiting the Big Texan Steak Ranch. Off I40, the Big Texan is hard to miss. It is famous for its 72-ounce steak challenge, which has brought many contenders from all over the globe. The challenge is as follows: if you can finish the entire steak along with its sides, which include, shrimp cocktail, baked potato, salad, and a roll, in an hour you eat for free. Current champion is Molly Schuyler who completed the challenge in an astonishing in 4 minutes and 58 seconds. This challenge has been featured on the shows such as Man vs. Food with Adam Richman and No Reservations with Anthony Bourdain. This legendary landmark has been apart of Amarillo’s culture since 1960.
Wonderland Amusement Park resides in Amarillo Texas. It is home to 26 rides including the Texas Tornado, Fantastic Journey, The Pirate Ship and many more. Recently added to the mix are the rides of the 200 ft Drop of Fear, Fiesta Swing and the Hornet roller coaster. The amusement park hosts about 200,000 thrill seeking people each year.

One of my favorite qualities of Amarillo is that we support the locals. Local restaurants and stores thrive in Amarillo and I am proud of it. A local favorite of mine is Roasters Coffee and Tea. A spot I frequently go to for the best coffee and a welcoming atmosphere. Down the street from Roasters coffee shop is Top Notch Outfitters. I am a little bias toward this family owned retail store. This store has been in my family for the past 27 years and is run by my fabulous mom and pop. Top Notch Outfitters is the best place if you are looking for anything Patagonia, for your next fly-fishing trip or if you just need a cute new outfit.
You can learn more about my one-of-a-kind hometown by stopping in and traveling around. It has been a marvelous place to grow up and has helped shape me into the person I am today. I couldn’t be more thankful for the people or the places that make Amarillo, Amarillo Texas. 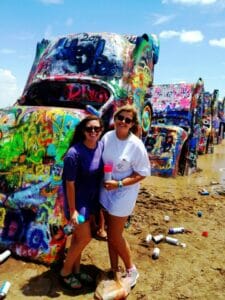 Molly Brosier is a Texas native and HottyToddy.com staff reporter. She can be reached at mebrosie@go.olemiss.edu.