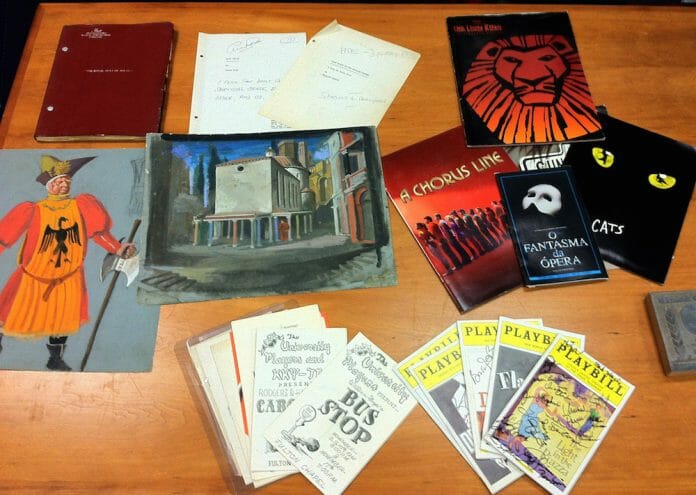 Noted journalist and author Ellis Nassour began donating a comprehensive art and entertainment collection to the University of Mississippi beginning in 2004.
For the last 10 years, the 1964 UM graduate has generously continued this tradition of giving. Nassour’s collection, named the Mamie and Ellis Nassour Arts & Entertainment Collection, was given in memory of his late parents of Vicksburg. It also salutes a number of University of Mississippi faculty who influenced him, including former Chancellor J. D. Williams, Dr. Charles Noyes, and several others. 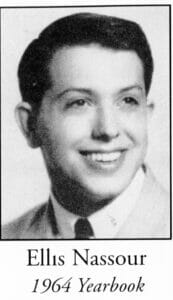 As a student Nassour contributed multiple articles to The Daily Mississippian. His lifelong interest in the entertainment field was notably expressed during his two-year tenure as chair of the Associated Student Body Social Affairs Committee, where he gained valuable experience bringing to campus renowned bands and concert artists such as Johnny Cash, Julie London, and Al Hirt, among numerous others.
He worked for The New York Times, getting his start as a “campus runner” during the university’s integration crisis. He continued his career becoming director, artist relations, for MCA Music/Universal Pictures, contributing to the development of Tim Rice and Andrew Lloyd Webber’s tour-de-force Jesus Christ Superstar. He also furthered the careers of numerous musical artists, was an associate editor of the New York Daily News, and is a long-time contributor to Playbill, Lifestyles magazine, Theatermania.com, and BroadwayStars.com. Nassour authored two books: Patsy Cline and Honky Tonk Angel: The Intimate Story of Patsy Cline. He also coauthored Rock Opera: The Creation of Jesus Christ Superstar and is currently at work on his autobiography, Ellis in Wonderland: the Adventures of a Southern Lad through the Looking Glass and What He Saw.

Nassour developed a keen interest in the performing arts from an early age, and he continues to collect materials relating to the entertainment industry. The collection is named in honor of the two most important people in his life, his parents Mamie and Ellis Nassour, and it contains visual and audio materials, original posters, signed playbills, bound plays, books, art, and many other significant items related to theater and film. In 2004, then director of the Center for the Study of Southern Culture, Dr. Charles Wilson, commented, “The Nassour collection gives the university a new breadth of research material, stretching from Hollywood to the New York stage and back to the South. The primary sources on Patsy Cline, in particular, help support the Center’s new emphasis on the study of Southern music.”
The exciting upcoming Special Collections exhibition, “Entertainment Collectors, Authors, and Critics: Selections from the Mamie and Ellis Nassour Arts & Entertainment, Stark Young, and Herschel Brickell Collections,” will be unveiled January 22 in the Faulkner Room on the third floor of the J. D. Williams Library and will run through December 2015. Although the exhibition highlights the critical and collecting efforts of three Mississippians, it is the Mamie and Ellis Nassour Arts and Entertainment Collection which forms the exhibition’s nucleus, with several of the most prominent cases and wall art featuring the efforts of Nassour’s outstanding collecting ability. The Special Collections staff is currently selecting notable items from this collection for display, but there are planned cases on the playbills, specific actors and actresses, pressbooks, posters, Nassour’s own critical work, and several other subject areas. In conjunction with the Special Collections exhibition, the library will also feature display cases on the second floor devoted to the Mamie and Ellis Nassour Arts and Entertainment Collection. These cases are also slated to open on January 22 and will remain on display for several months. Library Dean Julia Rholes invites all patrons interested in the history of the performing arts to visit both exhibits.