Adams: a Daughter and Her Daddy

Herb Brooks could have been a successful trial lawyer, General, U.S. President, just about anything. I strongly feel he was a genius. I have studied peak performers for years and have never come across anyone quite like him. 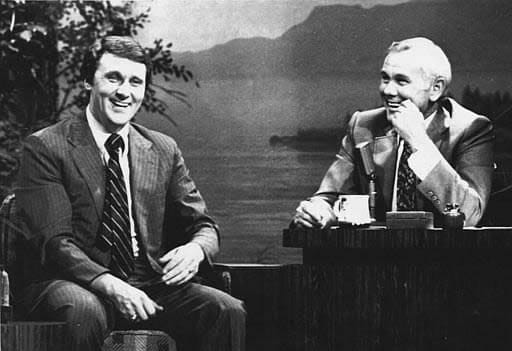 Armed with degrees in Psychology and Economics and a decade in Sales, he ended up in college coaching and then guiding the 1980 Miracle on Ice team to victory over the dynasty Soviets and then the Gold. When those Games started, there were 3000 empty seats at their first game. Less than two weeks later when they played the Soviets, there were 11,000 people in a 7,700 seat arena and over 40 million watching on ABC. That U.S. Cinderella team started the slide that would end Communism in the Soviet Union. They saved the Olympic Winter Games (which were on the verge of being cancelled by the IOC) and they made America believe in itself again. More U.S. flags flew outside homes after their miracle run in 1980 than any time since the end of WWII. What I have found fascinating about Herb is his mixture of incredible drive as a coach to get the absolute best out of everyone, and his blend as a caring, loving father, husband and friend. He was 42 when the Miracle happened, and lived to be 66. His writings afterwards are filled with wisdom. To read what he told Fortune 500 companies as the most demand speaker in the country is impactful, to say the least. What I have tried to do in my 1 Man Play/Motivational Experience is share the powerful and sometimes emotional lessons we can learn from his life. This is a man both Republican and Democratic parties went after for years in vain. He just would not go that route. His daughter Kelly said it was perhaps it was because he was too principled. In his book ‘Remembering Herbie’ author Ross Bernstein captures the special bond Herb had with his son Danny and daughter Kelly, as well as wife Patti. Work/life balance is a big challenge out there today. Herb was as driven as anyone ever. He used to tell his wife that eating was such a waste of time. He wanted to be productive constantly, but what made his marriage work for 36 years until his death was that Patti knew as much about a hockey puck as a grapefruit. 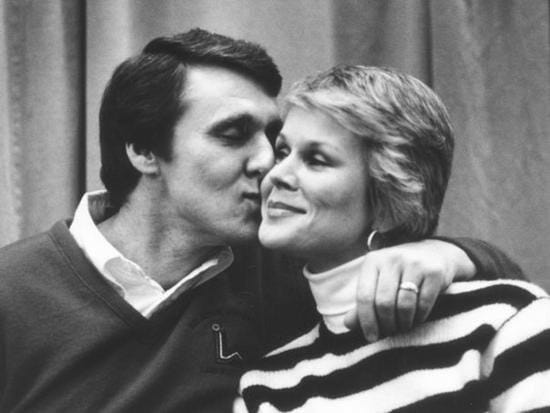 When Herb came home he left everything at the hockey office. He was also smart to have a release, which was working with his shrubs, trees and garden. Kelly would go out there with her Dad and he would lose himself in hours of planting and replanting and getting it done only to tear it up and start again. He knew the Latin term for every shrub or plant he ever planted. The author Bernstein asked Kelly what her Dad Herb meant to her, not long after his death in a car accident in 2003. “He was just my dad and I loved him so much. He was my protector. He made sure I had my oil changed and that I had my door locked at night. Even today at 31 he would come over and ask if I had taken my vitamins. I was his little girl. The day I got married he was so nervous and so was I – not to marry Marc but to walk down the aisle with my dad. I wanted to be his little girl forever. 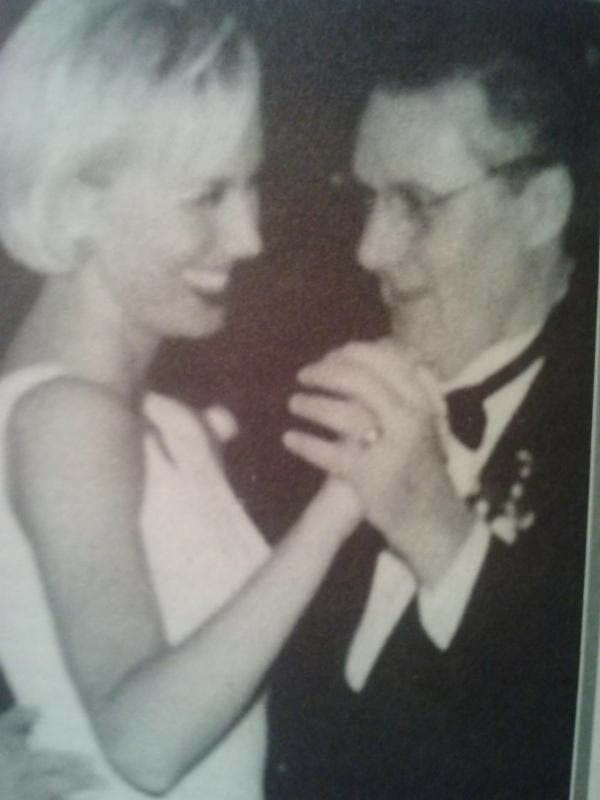 I was at the church getting ready. My best friend was outside waiting for my family. She told me later that as I was walking out of the dressing room my dad was entering the church. She told me he stood there motionless, looking at me in my wedding dress from down the long hallway. He burst into tears and left. Growing up my dad would write me letters. Here is part of one he wrote in September of 1990: ‘You have worked hard to get to where you are today. Don’t change…stay on course. Many want to succeed but not all prepare to succeed. Determination has always been a strong point for you and me. That’s more important than anything. Your reward will be your piece of mind. Feel good about yourself because you have every reason to do so. Your values must be beyond reproach. There are 10,000 plus laws on the books of society to cover the Ten Commandments.’ He wrote to me in college and said that obstacles exist to be overcome and that is just how life is and always will be. I never wanted to let my father down. I never drank, got into trouble, or made bad grades. I just did not want to disappoint my dad. He would tell me not to be fooled by the ‘now’ society and that hard work and smart work coupled with a sound code of conduct will last and endure.”
Charlie Adams is the author of four books on positive attitude and peak performance, including 2013′s “How to Build a Positive Attitude and KEEP the Darn Thing!!” and “Stoke the Fire Within.” His books and motivational keynotes and seminars are designed to make sure events reach their objectives and to help create winning cultures. Email him at Charlie@stokethefirewithin.com.