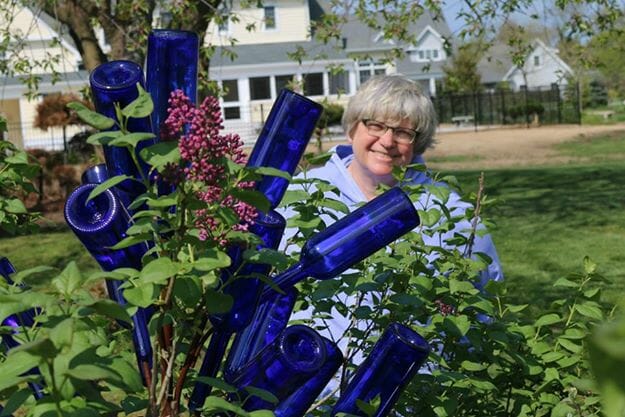 Sandra Bloodworth, a notable Mississippian, is currently the director of the Metropolitan Transportation Authority Arts & Design in New York City. 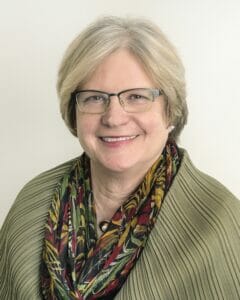 Bloodworth is an incredibly busy individual, but having a few moments to spare, she responded to a few questions about her Mississippi upbringing and her highly successful art career.
Born and raised in Charleston, Mississippi, Bloodworth attributes her love of art to being raised in the South. In a house just outside of town, she grew up playing with two neighbor girls, who later became her lifelong best friends. From “creating a circus- themed birthday party for Alice with her sister Anne or mixing hundreds of bottles of lotions and potions for our “drug store,” she explained that “there was always something exciting going on in our creative little world.”
Her upbringing contributed to her passion of art, but to pursue a career, Bloodworth explained that New York was where there were the most opportunities. She pointed out that the hardest part about leaving was explaining to her father why New York City would provide these opportunities and simply stated, “To pursue my career as a painter in Charleston was comparable to him pursuing farming in the middle of New York City.”
Despite needing to travel to places that provided more opportunities, Bloodworth “learned that growing up with grass and trees and the outdoors was a pretty good background to fill up with art and music.” Mississippi was a wonderful place to cultivate her love for art, but explains, “I needed to broaden my life experiences,” she said. “I needed the energy of the city.”

Years later, Mrs. Bloodworth is the director of the MTA Arts & Design Program. The program brings artwork into the New York City transit systems and she states that “Everyone should be able to afford to move about a city with dignity and civic pride,” and adds that “creating a good transportation system is critical in doing this.” The artwork contributes to a greater experience for commuters and creates a positive effect on those people and their daily lives. The program, over the years, had transformed the transit systems of New York City from disrepair into an art museum.
Recently, Bloodworth’s latest book, New York’s Underground Art Museum: MTA Arts & Design, was released. The book, written by Bloodworth and William Ayres, provides 300 illustrations and descriptions about the artwork that is located throughout the city. It is a “definitive guide to works commissioned by MTA Arts & Design, a reference for riders who have wondered about an artist or the meaning behind the art they’ve seen, as well as a memento for visitors.”

In addition to a devotion to creating a beautiful environment for the transit systems, Bloodworth still enjoys her own artwork. She explains, “It is not a choice between the two, it is understanding that both are important to me.” Through Dec. 14, an exhibit featuring her collection “Six in the City” is on display at the Soma Gallery in Cape May, New Jersey. This collection presents six portraits of a choreographer, a novelist, a poet, and three visual artists. “The intent is to bring the person into the room,” she says, “and to capture a glimpse of their personality in the process.”
Bloodworth is a highly successful individual in her career field and could not pinpoint just one greatest moment of success. She described her achievements as having been “fortunate that most of my dreams have come true.” Also, Bloodworth would not change anything within her education or career path because no matter the outcome, it is important to “learn your lessons and move on.”
Despite the fact that most of Bloodworth’s opportunities have been in New York and there are many more chances on the horizon, her roots are in Mississippi. She explains, “I love Mississippi and I love to come home.”
Lindsey Andrews is a HottyToddy.com staff reporter and can be reached at lnandre1@go.olemiss.edu.