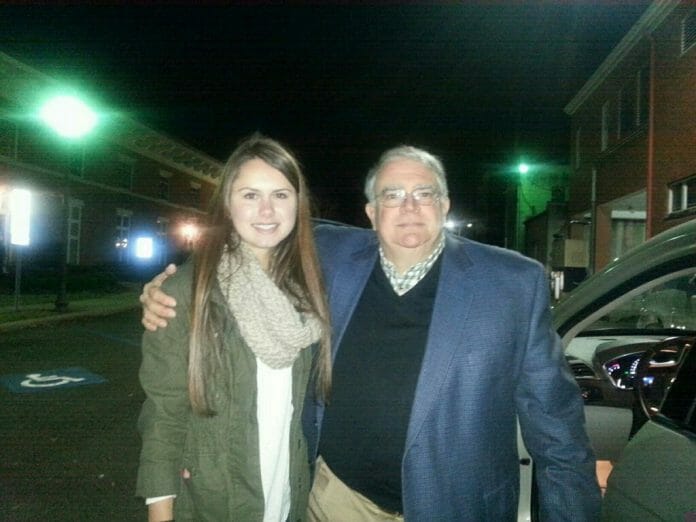 When Reilly Burnetti of Chicago visited Oxford to check out Ole Miss, she never imagined she would drive into Vaught-Hemingway stadium early one evening with the mayor of Oxford.
In fact, Reilly and her aunt, Katie Goss of Denver had no idea the man giving them a personal tour of Oxford and Ole Miss was Mayor Pat Patterson. 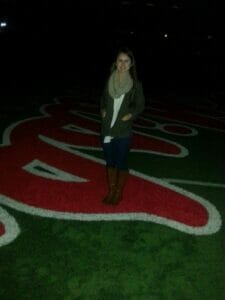 “We went to this store on the Square to buy some souvenirs and t-shirts, and when we checked out the man behind the counter was so nice, asking us what we were doing and began to tell us about the community,” Reilly said.
“We were surprised when he invited us to go with him on a tour of the community and Ole Miss. During the ride, he handed me a folded business card and told me not to open it until I needed some help in Oxford.
“As we toured the community and campus, he pulled out a magnetic plastic card, inserted it into a card reader at the stadium, and we drove right in. Standing on the 50-yard line, he made me promise to attend Ole Miss, which I was delighted to do.
“I did not know until later that night when we hard returned to our hotel that I was talking to Mayor Pat Patterson. When curiosity got the best of me and I opened and looked at the card he had given me. It was his business card, mayor of Oxford, and he had written his personal cell number was written on the card,” she said. 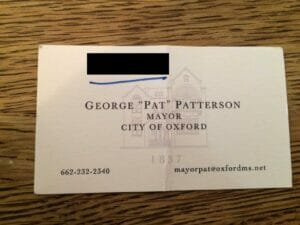 “The people here are so nice, this was a wonderful experience, everywhere we went, we enjoyed Mississippi hospitality,” Ms. Gross said. “Reilly feels right at home here and I am sure she will have a great college experience.
Reilly and Ms. Gross arrived in Oxford on a Saturday and late Sunday evening another local resident received a call from a friend in Chicago telling him that Reilly needed help making appointments on campus. By the time Reilly finished visiting an 8 a.m. class with a friend, a day-long series of meetings and a campus tour had been arranged.
“I has not heard of the Meek School but everywhere I went students said it was great and the best program on campus. After visiting the Meek School, I am so excited and will sign on the dotted line if there was one. I am definitely attending Ole Miss,” she said, adding she is recruiting other friends to come to Ole Miss as well.
Reilly visited with assistant dean Charles Mitchell to learn about the program in Integrated Marketing Communications (IMC) in the Meek School, the fastest growing program on campus and one of the best in the nation. “Reilly has exceptional writing skills and she will be a ‘superstar’ in our program,” Mitchell said.