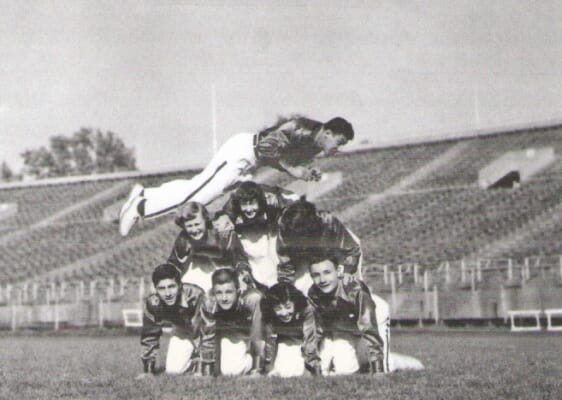 Henry Paris has a most unusual story that played out in Oxford and Ole Miss during a time when only 2,200 students comprised the student body. Henry and his wife, Rose Marie, will be married 61 years on March 5. Here are Henry’s reflections on the Ole Miss of an interesting era.
HottyToddy.com: Henry, when were you at Ole Miss and why did you choose this school?
Henry Paris: I was here from 1948 until 1952. Although my dad was from Georgia, he brought me to Ole Miss often to watch football games. I wanted to play for Ole Miss, but I had two things working against me…size and speed.
HottyToddy.com: How did your family settle in Mississippi? 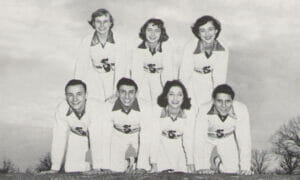 Henry Paris: My father accepted a banking position in Lexington. When the bank closed eight months later, he migrated into the grocery business as I would do likewise later in life.
HottyToddy.com: Describe the Ole Miss of 1948.
Henry Paris: Parking was definitely not a problem as hardly anyone had a car. The ratio of boys to girls was 3 to 1. Because I was unable to play football, the next best thing for me was cheerleading. I became the head cheerleader for three years.
HottyToddy.com: I have been told that you had one most unusual development that occurred in Nashville during a game with Vanderbilt.
Henry Paris: I may hold the only distinction in Ole Miss history for a cheerleader getting removed from a game for a minor disagreement with a member of the other team.
HottyToddy.com: Your thoughts regarding Coach Vaught.

Henry Paris: He was a very private person who was highly respected by his players. He was an outstanding executive who always was seen in his famous coat, tie and hat.
HottyToddy.com: What about your social life while at Ole Miss? Were you part of the fraternity system?
Henry Paris: Because I am Jewish, I joined Phi Epsilon Pi which no longer exists. This was a Jewish fraternity which only had 14 members. I believe it disbanded in 1956. Although small, our fraternity was highly visible in campus affairs. For example, we claimed the VP of the Student Body; President of the Campus Senate; Colonel Reb (me); and two Hall of Fame recipients. We also were represented by having the Editor of the Annual.
HottyToddy.com: Wow! Some of the erroneous perceptions in yesteryear that Ole Miss endorsed prejudice apparently were not true at all.
Henry Paris: There was absolutely no prejudice towards me or our fraternity whatsoever, absolutely none! We won a number of campus elections to receive several of the awards and positions we held. Also, we were selected the most outstanding fraternity in the nation (among all of the Phi Epsilon Pi chapters) while I was at Ole Miss.
HottyToddy.com: Did you meet your wife at Ole Miss? 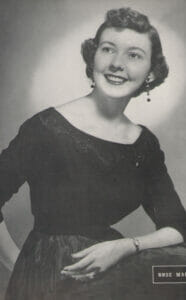 Henry Paris: Yes I did. Rose Marie was a member of Delta Gamma Sorority and was also Women’s Student Body President. Her grandmother was one of three national founders for DG. We were introduced by her boyfriend at the time. Rose is from Kosciusko.
HottyToddy.com: Your marriage was one for the books!
Henry Paris: The Presbyterian Church refused to marry us at that time due to my religion. However, persistence paid off as we were married in the Delta Gamma house by our Presbyterian minister from Lexington.
HottyToddy.com: Were you students at the time?
Henry Paris: No we were not. I was in the Air Force (1954) while Rose was a stewardess for American Airlines.
HottyToddy.com: What was football like during this time?
Henry Paris: The stadium capacity was 23,000 which we filled from time to time for big games such as State. We had some incredible talent such as Jimmy Lear, KO Dottley, Kline Gilbert and Jimmy Patton to name just a few.
HottyToddy.com: Following Ole Miss did you and Rose pursue continuing education elsewhere?

Henry Paris: We both received graduate degrees from Michigan State. The reason was due to my profession as I desired to obtain a degree in Food Distribution.
HottyToddy.com: What is life like for you today?
Henry Paris: We have 3 children (Lee, Irma and Rachel) who all graduated from Ole Miss. And we have a number of grandkids. Rose and I moved to Oxford earlier this year. For about 50 years we lived in Indianola.
HottyToddy.com: Quite an interesting life! How do you see the future of 2014 Ole Miss?
Henry Paris: Unlimited! There is so much happening here now. We have students from all over as Ole Miss is recognized as a quality institution of higher learning with great leadership. Our athletic programs are all doing well in addition. Our only weakness is parking!
Henry’s tenure at Ole Miss was anything but boring. You can call him a pioneer, but after visiting with him and learning about some of the obstacles he had to overcome, he is truly a fascinating and extremely talented individual who loves Ole Miss to a degree few have ever received!