Amid the chaos of the excessive conversation that preludes any meal in our large family, there is one thing that brings it all to a halt without fail: Maw Maw’s cornbread dressing. 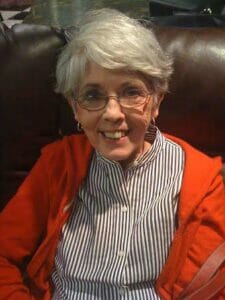 For the kids especially, this dish equals the holiday — all of them have never had a Thanksgiving without it and look forward to it all year. Most of the children get two servings, quietly curtailing around more substantial items, like ham and turkey, to the dismay of their parents.
The dish means just as much to me as it does to my younger family members. It’s familiar. Delicious and filling, it reminds me of times spent with the ones I love the most. Maw Maw is humble about her cooking, insisting that the dressing is “just thrown together.” But the dish is such a hit at holiday gatherings that it would be a shame not to share.
Below is the recipe for our family’s beloved cornbread dressing, as told to me by grandmother. It’s simple enough even for a novice but so yummy that you might be able to convince your guests of your exceptional cooking skill. Who knows? It might become the next holiday tradition in your own family!

Ingredients: 3 cups cornbread mix 1 cup flour 4 eggs 2 cups milk 1 can cream of mushroom soup 1 can cream of chicken soup 1 onion 1 celery stalk 1 cup chicken broth
1. Preheat oven to 350 degrees.
2. Grease iron skillet with oil.
3. Add 3 cups of cornbread mix to skillet.
4. Add 1 cup of flour to skillet.
5. Add 2 raw eggs to skillet.
6. Mix together. Add about 2 cups of milk, enough to make the batter thick and not runny.
7. Put skillet in oven and bake until golden brown, between 20-30 minutes.
8. When done, remove from oven and let cool. Crumble cornbread into large mixing boil
9. Add 1 can of cream of mushroom to mixing bowl.
10. Add 1 can of cream of chicken to mixing bowl.
11. Add 2 raw eggs to mixing bowl.
12. Chop up 1 cup of onions and one cup of celery. Simmer onions and celery in pan with 1 cup of chicken broth for 5-10 minutes.
13. Take celery and onions and pour into big mixing boil. Mix everything together.
14. Spread mixture onto greased casserole dish. Place in oven at 350 degrees for around 20 minutes. Stick knife into dressing to make sure it’s done.
Miller Hollingsworth is a HottyToddy.com staff reporter and can be reached at mmhollin@go.olemiss.edu.
Facebook
Twitter
Pinterest
Previous articleMDOT Urges Safety during Thanksgiving Travels
Next articleSorella Boutique Hosts Ribbon Cutting after Move