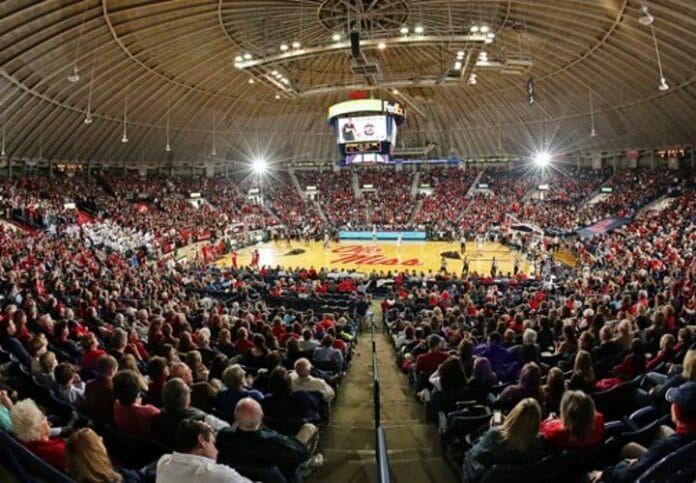 The Ole Miss Lady Rebels play host to Southeast Missouri in a afternoon matinee at the Tad Smith Coliseum this afternoon with tip off slated for 3 p.m.
Ole Miss is 3-1 on this young season after dropping a 71-65 game to the Middle Tennessee State Blue Raiders Sunday afternoon. The Rebels were led in scoring by sophomore Erika Sisk who scored a season-high 20 points in the game and Tia Faleru added 19 points of her own.

Southeast Missouri rolls into Oxford with a 1-2 mark on the year after losing on Friday to Saint Louis 71-56. The Redhawks are led by Olivia Hackmann, who is averaging 10.7 points to lead the offense, while Erin Bollman leads the rebounding efforts with 7.3 rebounds per game. As a team, Southeast Missouri is averaging 54.7 points and 42.7 rebounds.

When the Rebels take on SEMO this afternoon, it will be the end of the five-game home stand for Ole Miss.  This is the third meeting between the two schools, and Ole Miss has defeated SEMO the past two times.
Adam Brown is HottyToddy.com sports editor and can be reached at adam.brown@hottytoddy.com.