Making a Home Away From Home: Exchange Students at University of Mississippi

At the University of Mississippi, there are 17,000 undergrad students and around 800 of those are exchange students. Mississippi is known for its Southern charm and time-honored traditions, but when exchange students come to Oxford, what are their initial impressions, and how hard is it to continue practicing their native cultures while studying in the deep South? 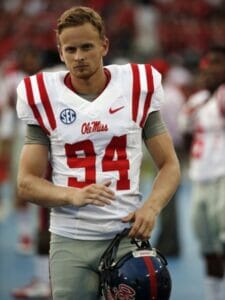 Ole Miss exchange students are encouraged to get involved in a multitude of ways. Most international students study at the university for all four years, and come here for a variety of reasons. Will Gleeson, from Melbourne, Australia, came to the university to play football. He redshirted his freshman year and now acts as the team’s punter. He will live in Oxford for five years and isn’t positive what he wants to do after he graduates. He thinks he wants to continue living in America because he enjoys the American culture so much.
Adjusting to the Southern culture can be hard, even for an American. For freshman Alexandra Gersdorf, from Germany, the adjustment was a lot easier then she expected.
“The German/American cultures are very similar,” Gersdorf said. “I have spoken English and German from birth, both cultures appreciate food, beer and friendship. The biggest difference I’ve noticed so far is that people here freak over football instead of soccer.”
She advises that exchange students get involved and make their social lives their first priority right after moving here. 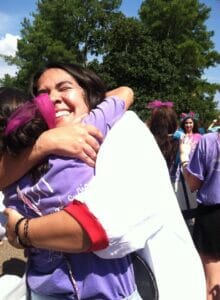 “Everyone gets home sick and feels out of place at times, however, if you make a family within your friends it makes the adjustment way easier. I rushed a sorority and got involved through this organization,” Gersdorf said. She also likes to tutor people in German at the language department on campus. She enjoys speaking her native language and helping others at the same time.
Students come to the University of Mississippi from six of the seven continents, and every exchange student had a different thing that shocked them when they moved to their new school. Micaela Endara of Equator thinks that the climate and culinary differences were the biggest adjustments.
“It gets so cold in Mississippi. I’m not used to the harsh winter since I live at the equator,” Endara said. “I miss the warmth, and the food from home. Food in Oxford is very good but so salty. I wasn’t used to so much fried food. At home we eat a lot of meat and potatoes and fruit, our food is very saucy and sweet.” 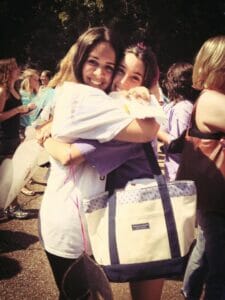 According to another South American exchange student, Ingrid Alcina from Maracaibo, Venezuela, there hasn’t been much she yearns for from home. Family and friends are kept up with over social media and FaceTime. She feels like the transition has been so smooth she has even begun to pick up on Southern mannerisms and traditions.
“I find myself saying y’all, and it makes me laugh. I’m from Venezuela and I’m using English slang,” Alcina said. “I also have started craving fried okra — we have nothing like this back home, and I know when I return home for breaks I will long for this Southern dish.”
Most exchange students at the University enjoy getting as involved as possible. Like all the students at the University they realize they only attend school here for so long and want to fill their experiences with many memories.
Emily Jameson is a HottyToddy.com staff reporter and can be reached at eajameso@go.olemiss.edu.