I had the opportunity last week to deliver a 75 minute program to Leadership South Bend/Mishawaka, an affiliate of the St. Joseph County Chamber of Commerce. It was held at the Charles Martin Youth Center, which is named for a man who impacted the lives of many, many youth in his community.
I spoke on the leadership of Herb Brooks 35 years ago in that amazing journey to the gold in Lake Placid.
Out front I saw a plaque of the late Mr. Martin, and his life-approach quotes on the wall behind him. I found a connection between these two dedicated men. One black. One white. Both red on fire. 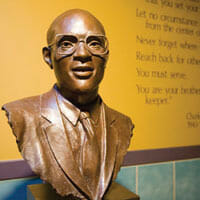 One of Charles Martin’s beliefs was:
“Believe that you can do anything that you set your mind to.”
And I thought of what Herb told those boys:
“If you work hard and we truly come together, we can do the improbable if not the impossible!”
Charles Martin always said “let no circumstance remove you from the center of your dreams.”
Herb’s boys lost to the Soviets 10-3 three days before the Winter Games. “No one is going to challenge the Soviets,” said the Boston Globe. “Unless the ice melts, the gold is the Soviets,” said the New York Times. They did not let the circumstance of that lopsided loss keep them from coming back less than two weeks later and digging into every ounce of their being to beat Goliath 4-3 as 40 million Americans would watch on TV.
“Never forget where you came from” was a founding belief of Charles Martin.
Herb Brooks coached the greatest sports victory in America’s history, but never forgot where he came from – the east side of St. Paul, Minnesota. 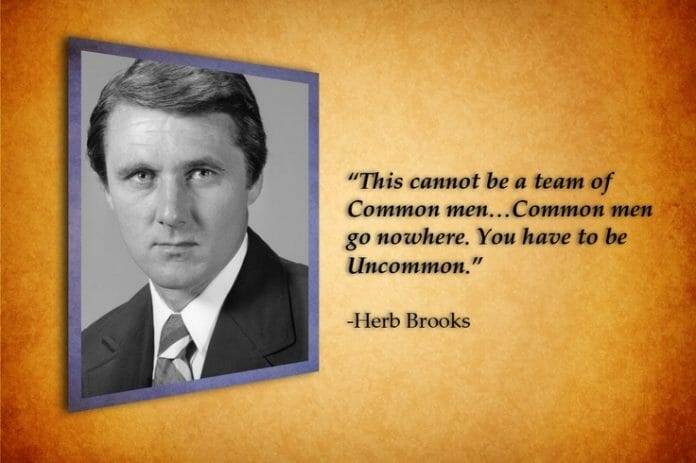 After his death in 2003 in a car accident, his widow Patti was asked to supply a quote about Herb for the plaque of him at the old St. Paul Hotel, where his plaque would go next to Judy Garland, Hubert Humphrey, Walter Mondale and others. Under all his credentials they put “I’m just a guy from the east side of St. Paul.”
In 2002, Winter Olympics organizer Mitt Romney secretly arranged the 1980 Miracle on Ice boys to light the flame in Salt Lake City at the Games. Herb was there as he was brought back to coach the 2002 team. He turned down being in the Opening Ceremonies, joking they might throw him in the cauldron, but seriously got a plane to go back to St. Paul that evening as a lifetime friend was being honored at the local VFW.
Herb’s best friend was LeRoy Houle, who owned a modest landscaping business. Even though Herb was one of America’s most in demand corporate speakers, he never got too big for his britches. One time LeRoy was down workers so Herb took 2 weeks off to ride around in one of his vans trimming shrubs and mowing lawns. Home owners freaked out when the looked out and saw the Miracle on Ice coach cutting their grass.
“Reach back for others” was something Charles Martin believed in.
Nine days after he did in 2003, Herb’s goalie coach and longtime buddy Warren Strelow (photo below) was in tough shape. He was on the kidney transplant list and doctors had said chances were slim they would find the right match. 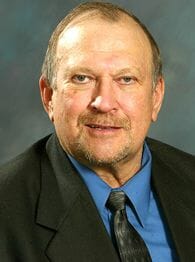 On the ninth night after Herb’s death, Warren’s wife had a distinct dream that Herb visited their home to ask about Warren’s health. The next morning, while having coffee, the phone rang and it was the hospital saying the night before they found a perfect match in all six key areas. They said the odds of that were like winning the lotto. Herb was reaching back.
Some of Charles Martin’s other life quotes were:
“Love yourself and your people.”
“You are your brother’s and sister’s keepers.”
Charles Martin influenced many young people into fine and productive careers.
Herb’s 1980 Miracle on Ice team was made up of players who would go on to do tremendous things in life. Bill Baker would study dentistry at prestigious Washington University in St. Louis and would become an oral surgeon. Several of the players are successful in the financial world. Jack O’Callahan is president of Beanpot Financial in Chicago. One player is a commercial airline pilot. Another manages a horse farm with his wife. Jim Craig, the goalie, is one of the top corporate team builders in the land with his company Gold Medal Strategies.
They were greatly influenced by Herb during their 7 month fairy tale like journey, as every day he would say things that transcended sports, like:
“Set goals in life or forever work for those that do.”
“Form good habits and become slaves to them.”
“Work so hard and become so good that you make it impossible for me to cut you.”
“Give 99% and make my job easy to cut you.”
“You have to have a real or perceived enemy to reach a goal.”
“We should be dreamers. We grew up as kids having dreams, but as adults become too sophisticated. We stop dreaming. We should always have dreams.”
“Motivation is the energy that makes everything work. It is clearly the single most critical part of performance.”
“Risk something, or forever sit with your dreams.”
“Don’t be common. The common person goes nowhere. Be uncommon.”
“You don’t have enough talent to win on talent alone.”
“The name on the front of the shirt is a helluva lot more important than the one on the back.”
“Men, I look for PEOPLE first, athletes second. I want people with a sound value system as you cannot buy values. You’re only as good as your values. I learned early on that you do not put greatness into people…but somehow try to pull it out.”
As the 35th anniversary of the Miracle on Ice approaches, it was an honor to speak to these people specifically about the leadership of Herb Brooks in a building named for the great Charles Martin. 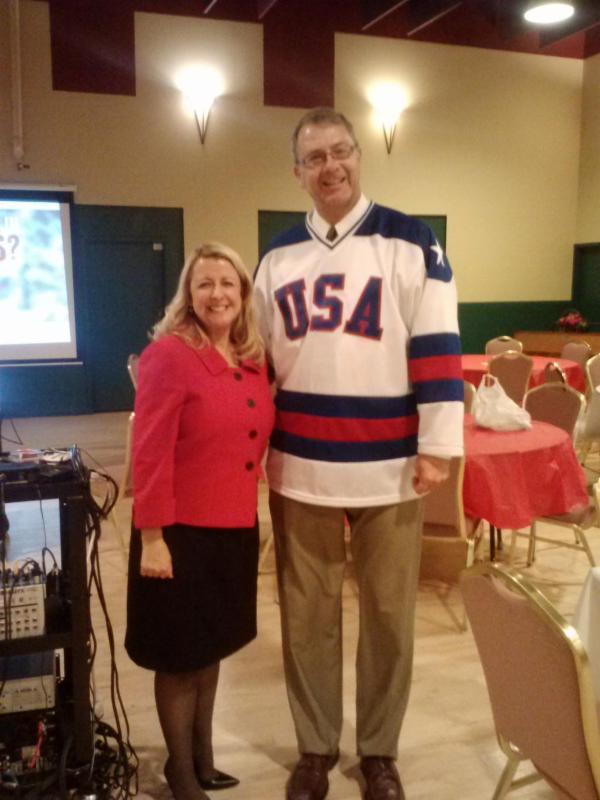 (with Juliann Jankowski, who brought in the message of lessons we learn from the Miracle on Ice)