The University of Mississippi’s Common Reading Experience list has been narrowed down to five books, with one to be chosen in early 2015 to be the focus of university-wide discussions and events over the coming year.

The Common Reading Selection Subcommittee will narrow the list, which includes a book about Hurricane Katrina, former Chancellor Robert Khayat’s memoir and the story of a group of men who took up rowing and entered the 1936 Olympics, among others. The committee, which is made up of faculty members from many departments, staff and students, will recommend one book to the provost. The chosen book’s author will be invited to speak at fall convocation.
Robert Cummings, chair of the Department of Writing and Rhetoric, and Leslie Banahan, assistant vice chancellor for student affairs, are co-chairs of the Common Reading Experience. The committee will select a text that makes students to analyze complicated issues, Cummings said. 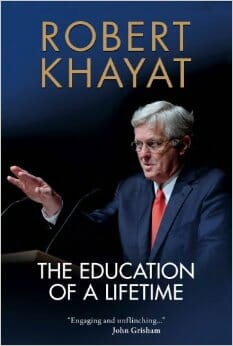 “The Common Reading Experience provides our incoming first-year students the opportunity to build community around one text, blending social with academic purposes,” he said. “Each year’s selection has also provided an occasion for our students to wrestle with some complex issues. I am looking forward again this year to finding a text which changes our students’ assumptions about the world we live in.”
Discussions resulting from reading the book are crucial to broadening students’ awareness of the world around them, Banahan said.
“The university is a community of readers,” she said. “Reading is such an integral part of education and having a Common Reading Experience allows us to have discussions about one book. I think it introduces students to a different, higher level of learning. One thing they learn is to express their points of view and to learn things that are similar to their experiences and things that are different. I think the books challenge them to look at things differently.”
The committee will read these five books over winter break:

Last year, the committee chose “The Girls of Atomic City” by Denise Kiernan, which was about the experiences of young women who worked on a secret project during World War II. Kiernan spoke at last year’s fall convocation.
Banahan expects a healthy discussion before the final 2015 Common Reading Experience text is selected.
“We have people who are passionate about science fiction, biographies, literature and self-help books (among others),” Banahan said. “I like that there’s an appropriate amount of tension. As we discuss books, some people, myself included, can get pretty passionate about one we love.”