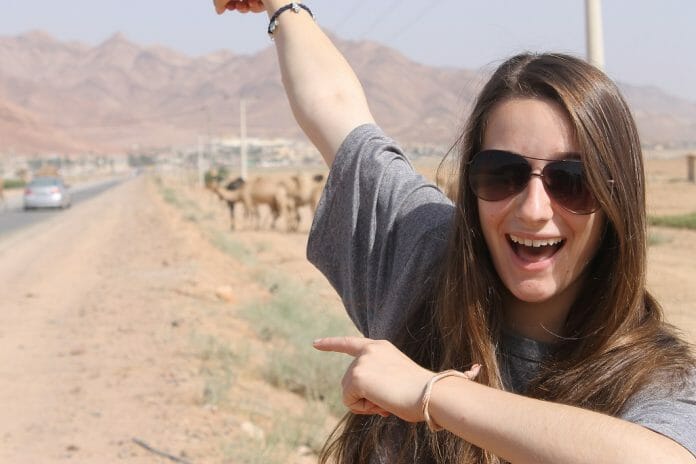 One of my favorite words in Arabic is “صوّت” which means to vote and comes from the root word that means “voice.” So, according to the Arabic verb system, the technical meaning of the word “صوّت” means “to make something have a voice; to voice something.” Though this epithet may seem tangential, I believe that it characterizes an important part of my experience this summer in Jordan. But I’ll come back to that momentarily.
The purpose of the trip, which lasted two months, was to learn Arabic in an Arab country. This is obviously the type of immersion experience that any language teacher will cite as the ultimate classroom. By interacting with Arabic speakers daily, as well as having to read endless signs and menus, our group of Ole Miss students learned something new every day and had our previous lessons engrained. We slowly picked up aspects of the local dialect and adapted to the culture shock – sometimes not so easy or pleasant of a task. And of course, we visited some of the famed and amazing sites of the nation, such as thousand-year-old castles, the moonlike landscape of Wadi Rum Desert and the incomparable ancient city of Petra.
Most importantly, however, our trip was not just an extended vacation but rather a temporary relocation. We lived in Jordan, in the culture and language of a foreign nation that for the most part accepted us graciously. We made valuable friends and assimilated into a new way of life as independent adults and learned more about the world than we ever could have in the classroom alone.
So, returning to the first paragraph and the concept of voice. The concept that in Arabic language and culture, voting is embedded with the idea of one sharing a voice, not just a choice, struck me as illustrating a cultural sense of resilience and self-determination. Furthermore, this word constantly reminds me that each person has a voice to share, including those in nations across the world. I feel it is a global phenomenon that those who live in one community neglect to see the humanity in the residents of others and forget that the voices of the outsiders speak with the same concerns. My experience in Jordan forcefully broke this mindset of mine and allowed me to hear the voices of individuals, as well as the collective voices of a nation and a culture that cannot be simplified to one description.
Sailer Perkins is an Ole Miss student and participant in the Ole Miss First scholarship program.