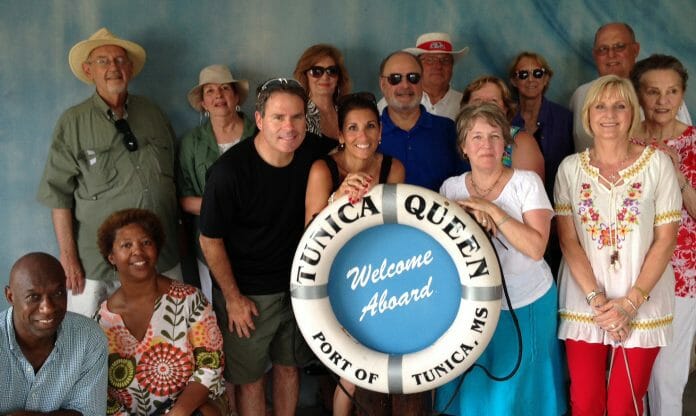 New city, new community, new neighborhood; moving is usually traumatic without even thinking about getting used to all that. With boxes of items stacked up all over the new house and the inability to find even the bed sheets after a long, tiring day, social activity is probably the last thing on most people’s minds.


But when it is, after you’re all settled and straightened up, there is a group in Oxford that has been assisting new residents in getting acclimated to their surroundings since 1999, especially retirees who move to our fair city from all over the country. Oxford is a certified retirement city, so the Newcomers Club is a blessing for most retirees relocating here, or any new resident, for that matter.
Royce White is president of the Newcomers Club and said that the group’s mission is to help new residents get adjusted to the city and integrate them into social activities they might enjoy.
“The Oxford Newcomers Club has about 280 members,” White said, “and of course, we’re here to help anyone new to our city, but our members are predominantly retirees who have relocated to Oxford. Our goal is to provide awareness of what our community has to offer and an opportunity to build friendships for our newer citizens.”
White said people choose to retire to Oxford for various reasons, including family and the city’s great living and educational benefits.

“Some people have children who live here,” he said. “Some went to Ole Miss and got to know Oxford through that venue from the past and then some have chosen Oxford based on its selection as a retirement community and they come to visit, like it and decide to stay.”
White said with the Newcomers Club there were no real qualifications for becoming a member. People who have lived in Oxford for a while are also a part of the social entity.
“You don’t have to be necessarily new to Oxford to be a part of our group,” he said. “Of course, for the most part it starts out with people who are new to the city.”
White said the social and educational opportunities for members are great.

“We have social events every month,” he said. “And a lot of times those are twice a month. We just had our Christmas party at Castle Hill and we had about 98 people in attendance. But we always have a lot of different kinds of events. And we also have a lot of educational opportunities for members. There are two or three book clubs at any given time, bridge clubs, and these are subsets of the Newcomers Club. We get together and go out for dinner as a group. And we have an upcoming study on Islam presented by a faculty member in January. It’s just a wide variety of things that we get together and do.”
White said there are small yearly dues that cover expenses, but some of the activities and events are offset by members themselves and subsidized by the club. Membership forms can be picked up at the Chamber of Commerce in Oxford.
“We are privately funded, but the Chamber always does its best to support us and help us in any way they can,” White said.
For more information, visit the club website.
Angela Rogalski is a HottyToddy.com staff reporter and can be reached at angela.rogalski@hottytoddy.com.
Facebook
Twitter
Pinterest
Previous articleFinding a Last-Minute Present in Oxford for your Sweetheart
Next articleDaily Crime Report: Wednesday, Dec. 17