Can you believe we are less than 24 hours till kickoff on the biggest and final game this season. It’s a bittersweet moment for us all and of course we start counting down till next year’s season opener.


When you look back on what kind of year we have had, it was a dream season and one that most didn’t expect. We witnessed success and failure but we also have seen a team grow into their own identity. We did get the last laugh to a certain degree when we managed to be the comeback kids when it counted. We didn’t always look our best or exert our potential, but we have come a hell of a long way from a few seasons ago and that speaks for itself.
In games like this, there is not one set of rules or magic formula that either team can use to guarantee a victory over their opponent. It will come down to the last moment when one team can outplay, outthrow, outdefend the other. No matter how much you prepare or how many hours of film you watch, the slate is clean and you might be surprised who shows up on the other side of the scrimmage line.
I will say for me this is a game I can’t wait to cover since my home state of Texas is coming to play my new home state which both have proven to be powerhouses. Folks, fasten your seat belts because this is going to be four hours of intensity and suspense.
As always, before I share my keys to the game lets take a look at the line.
Line: TCU -3.5, O/U 56.5
First of all, TCU is used to scoring big. I suppose they live by the Texas motto everything’s bigger in Texas and are looking to put up big numbers. However, the tenacious Landshark D is not going to let them run up those numbers as easily as they are used to in the Big 12 — after all, this is the SEC, kids.
So here’s my offensive keys:
Make sure the good Bo shows up
It’s no question that the Jekyll and Hyde persona of Bo Wallace have proved to be two extremes for the Rebels. This is his last show leading the Rebels, so the pressure is even greater and definitely a lot different mentally and physically. It seems that Bo has grown up and stepped up like many of his teammates have over the course of the season, which should prove in the favor of productive not destructive Bo taking the stage Wednesday. Despite the low moments, Bo has taken these Rebels to a new level and hope will leave a heck of legacy not to mention cleats to fill next season.
The run game
I know this is statement that is like a broken record for the Rebel Nation, but it’s no secret that we have not had that balance offensively that could have helped us out a great deal. We have relied heavily on our pass game, but that can only take us so far in the postseason. Looking forward, we will be without some of our players that are comforting and familiar for Bo and the offense but the one thing is certain — the players who have stepped up to fill the void have proved to bring their own magic, so we might just see what we’ve been hoping for. With a healthy o-line, there is definitely more looks the Rebs need to keep up their sleeves in order to get past a good TCU defense.
Now let’s switch gears to the defensive side of the ball. 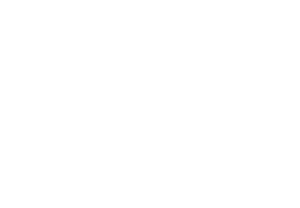 It’s also no secret that the tenacious Rebel defense has been our saving grace and has been our lifeline just at the right time. There will be no time for rest by any means come Wednesday.
Senquez Golson: need I say more?
Keep the fire in this kid burning on high and let him get in Horned Frogs face. His stats and accolades speak for themselves. He is one of the most destructive cornerbacks in the country, and he means business. Trevone Bokyin better watch out not to throw Senquez’s way because he won’t be taking his Horned Frogs any farther on that drive.
Disrupt Trevone Bokyins Rhythm
The Ole Miss secondary will be something Bokyin is not going to be used to despite his fourth place finish in the Heisman race. Plain and simple: If the Rebels can interrupt and effectively throw off the offensive scheme of their QB, then the rest will tumble after.
It’s going to be a Southern show down and it’s any team’s victory. The Rebels have that fire within that has made all the difference in the big wins. Let’s hope they can bring one more home to Oxford.
Hotty Toddy, y’all!

Lee Ann Herring-Olvedo is a HottyToddy.com contributor, veteran SEC sports journalist and Brown University graduate. She loves good cigars, good games and a smooth glass of bourbon — not necessarily in that order and can be reached at misskentuckyus2011@gmail.com.