Colder than normal temperatures are headed our way by mid-week, and in order to combat the frigid conditions and protect the pipes in your home, there are several things that you can do to prevent the freezing and possible bursting of your pipes.

Ricky Henry has been in the plumbing business for 32 years and owns Rick’s Plumbing and Electric in Oxford. Henry said a few preparatory moves before the cold hits could save you a lot of heartache and money in the long run. 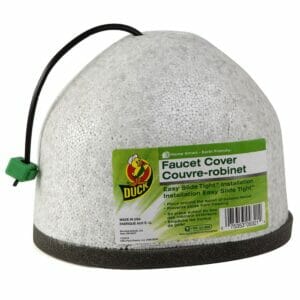 “We’re about to have about 60 hours of below freezing temps according to the weather reports we’ve been hearing,” Henry said. “Here are a few tips that should help you prevent disastrous outcomes with frozen pipes during weather conditions as frigid as the ones we’re expecting.” 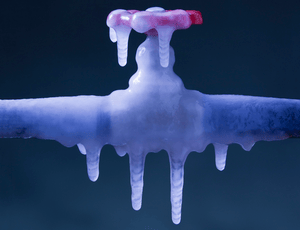 Henry said it is vital to leave your hot and cold water faucets dripping during weather conditions as cold as forecasted for Oxford.

“Be sure to leave both hot and cold dripping,” Henry said. “That’s paramount. It’s far cheaper in the long run to pay a higher water bill and avoid the major disaster of busted pipes.”

Henry said if you have a washing machine that’s located in an outside utility area where there is no heat; his suggestion would be a safe electrical heat source, such as a heater in an extremely safe location or heat lamp bulbs if an individual has a fixture that is rated for them.

“Above all, with any electrical heat source, safety is primary,” Henry said. “Just be extremely sure of the safety of the heat source you use.”