Noted journalist and author Ellis Nassour has invited all from University of Mississippi’s theatre department to its school of journalism to the unveiling of his comprehensive art and entertainment collection to the special archives and collections department at the J.D. Williams Library. He has been contributing to the collection since 2004. The collection is titled Mamie and Ellis Nassour Arts & Entertainment Collection in honor of his late parents. It also salutes former Chancellor J.D. Williams, Dr. Charles Noyes and several others. 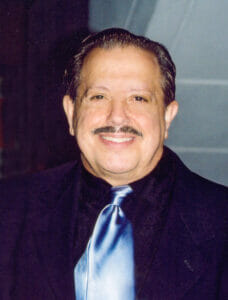 The upcoming exhibition, “Entertainment Collectors, Authors, and Critics: Selections from the Mamie and Ellis Nassour Arts & Entertainment, Stark Young, and Herschel Brickell Collections” will be revealed next Thursday, Jan. 22. It will be in the Faulkner Room on the third floor of the J.D. Williams Library. The exhibition will run for 11 months until December 2015.

The exhibition itself will feature cases of the playbills, specific actors and actresses, pressbooks, posters, Nassour’s own critical work and more. The library will also feature display cases on the second floor devoted to the exhibition. All who are interested in history of the performing arts are welcome to attend.

The arrivals to the library will begin at 4:30 p.m. with the exhibition opening at 5 p.m. followed by a reception. All in attendance are also invited to join Ellis Nassour at the Meek Hall at 8 p.m. for the university’s theatre department’s staged reading of Nassour’s internationally-acclaimed biography, “Honky Tonk Angel: The Intimate Story of Patsy Cline.” Nassour has adapted the biography to on-stage performance that will also feature Patsy Cline hits. 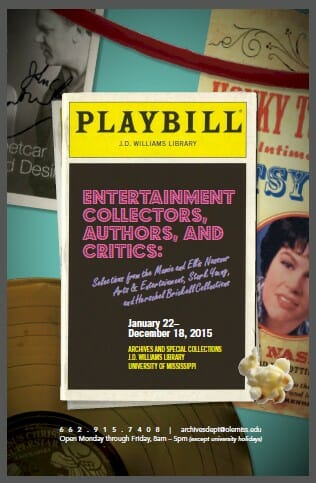