After graduating from Ole Miss, my first job out of college was for a small town community newspaper, The Enterprise-Journal, in McComb, Mississippi. About an hour south of Jackson and 20 miles from the Louisiana state line, McComb is perfectly nestled between the state capitol, New Orleans, Baton Rouge and Hattiesburg, making any of these cities a great day trip or long weekend vacation. However, McComb has some history and attractions worth visiting, too.

The southwest Mississippi town of about 14,000 was founded in 1872 after Henry Simpson McComb of the New Orleans, Jackson and Great Northern Railroad, a predecessor of the Illinois Central Railroad, decided to move the railroad’s maintenance shops away from New Orleans, Louisiana, outside of the attractions of that city’s saloons.

McComb is still a stop on the Amtrack line from Memphis to New Orleans, and the city has spent time and money refurbishing a number of old train cars on display in the downtown district. The functioning station also serves as a museum about the history of McComb and its railroad.

Not far from the beloved train cars is one of the finest restaurants in Mississippi, The Caboose. Housed in part of a building that was once a Ford Motor Company workshop and showroom in the early 1900s, the fine dining staple is often host to parties and events and is often recognized as one of the best steaks in the state.

McComb was one of the hot spots in the state in 1964 during Mississippi Freedom Summer, and a Mississippi Freedom Trail marker was placed in front of the home of C.C. Bryant Jan. 20, 2014. Bryant’s barbershop, which was adjacent to his home, was a center for information about the struggle for black equality. 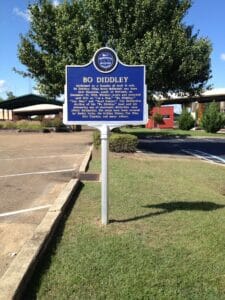 The small town has also produced a number of artistic wonders, including Bo Diddley, Brandy Norwood and Britney Spears (who grew up in Kentwood, Louisiana, but attended Parklane Academy in McComb). The city also has a handful of successful athletes, such as Ole Miss’ own LaDarius “Snoop” White, Steve Broussard of the Green Bay Packers, Jarrod Dyson of the Kansas City Royals and Matt Tolbert of the Minnesota Twins.

McComb High School’s basketball team won the 5A state championship last year after losing only one game throughout the season (to Callaway High School, the eventual winners of the 6A championship) and is undefeated this year through 13 games. The town also boasts one of the newest multi-sport complexes in the area, bringing in dozens of baseball teams over the summer for tournaments.

After a little more than a year, I accepted a job in the town of my alma mater and returned home to Oxford, but I’ll never forget the days I spent in McComb and the lessons learned at The Enterprise-Journal.