Hugh Freeze on Chad Kelly: ‘I Believe in Redemptive Quality of Man’

Ole Miss head coach Hugh Freeze attended the 2015 Paul “Bear” Bryant Awards banquet Wednesday evening in Houston, and while he was there gave an interesting update on the status of junior college transfer quarterback Chad Kelly.

Freeze was a finalist for the Bryant Award which is given to the college football coach of the year, as voted on by the National Sportswriters and Sportscasters Association, and presented by the American Heart Association and Marathon Oil Corporation.

TCU head coach Gary Patterson won this year’s award. At the event, the assembled media had the opportunity to ask the finalists a few questions. Joel Jackson, managing editor of HoustonSportsZone.com, told The Rebel Walk he asked Coach Freeze about the status of Chad Kelly.

Kelly, who began his career at Clemson and later transferred to East Mississippi Community College in 2014, got into some trouble last month following a fight outside of a Buffalo nightclub, and some wondered if the talented quarterback would still be accepted by the Rebels. However, all charges–with the exception of a non-criminal violation–were dropped at a Jan. 5 hearing, and Kelly arrived at Ole Miss this past Sunday.

Rebels have been curious as to Kelly’s status with Coach Freeze, and they may now have a much better idea of where things stand. Jackson told The Rebel Walk that Freeze explained why he is willing to offer the young man another chance:

“Chad…I had a meeting with him this morning before I left. I feel good about where things are. School starts next Wednesday, I believe. If he continues on the journey he’s on, we’re gonna give it a go together. We’re gonna handcuff ourselves together. I believe in the redemptive quality of man, to give a guy a chance.”

School starts January 21 for Ole Miss, and it now appears Kelly is much closer to having the opportunity to compete this spring with returning quarterbacks Ryan Buchanan and DeVante Kincade for the starting quarterback job.

Coach Freeze believes he and the Ole Miss program can help lead Kelly in the right direction:

“He’s obviously made mistakes. He hasn’t made them with us yet. We all think we can be a difference. If I don’t, then I tried and I’ll take some criticism. But you know, I try not to listen to criticism or praise. I’m just really about the redemptive quality of man and giving a kid a chance.”

However, Coach Freeze also explained Kelly still has conditions he must meet in order to join the program:

“Now he has to complete everything that I’ve laid out for him before the green light is given. Everything to this point points in the direction that he’s on track to do that.”

It certainly appears Chad Kelly has found a coach and a program who believe they can help him put the past behind him and become a better young man. After seeing the positive effects Coach Freeze has had on so many of his players, it is safe to say there may be no better place for Kelly than Oxford. 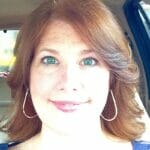 Evelyn is the managing editor of The Rebel Walk magazine and website.