Wicker: President Should Focus on Pro-Growth Ideas in State of the Union Address 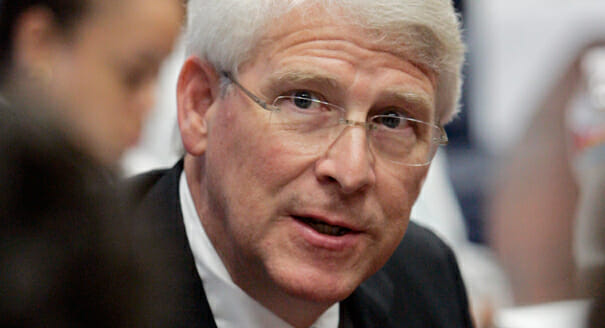 In the weeks leading up to his State of the Union address, President Obama has been busy defending his policies with speeches across the country. Recent upticks in economic numbers provide a few positive statistics for the President to talk about, but many Americans agree that a full recovery has yet to be achieved. Simply put, they still feel left behind.

For one, wages have flat-lined. The latest jobs report reveals that wage growth remains alarmingly sluggish, with average hourly earnings dropping in December. Over the past year, the gauge rose a mere 1.7 percent – barely above the inflation rate. As food, utility, and health-care costs continue to rise, working Americans and their families are forced to do more with less.

The news about wages signals a more fragile economy than the jobs report might suggest at first glance. In fact, Federal Reserve Chair Janet Yellen has expressed concerns that stagnant wage growth points to “weaker labor market conditions than would be indicated by the current unemployment rate.” Instead of joining a robust, highly skilled workforce, many Americans are settling for low-wage work and part-time hours just to pay the bills. At the same time, job creators are dealing with the financial burdens of the Obama Administration’s health-care mandates and regulatory overreach, rather than expanding their businesses and hiring. One of the most troubling statistics is the labor force participation rate, which indicates that the United States currently has the smallest workforce in 36 years.

With the economy in need of big improvements, the new Republican majority in Congress has made quick work of bringing job-creating ideas to the table. Since the 114th Congress convened earlier this month, more than 200 bills have been introduced, such as approving the Keystone XL pipeline and repealing some of the most harmful aspects of the President’s health-care law.

Part of the solution is getting red tape out of the way. One of the new bills I have cosponsored would help boost economic growth by targeting job-killing regulations. The “Regulatory Responsibility for Our Economy Act,” authored by Sen. Pat Roberts (R-Kan.), would require federal agencies to assess the costs and benefits of the rules they propose. The Environmental Protection Agency, for example, would have to identify the economic burdens of its regulations on power plants and farm streams. The bill would help ensure that a rule’s impact on the American people and the U.S. economy is part of bureaucrats’ decision-making process.

Republican lawmakers are ready to send bills to the White House for the President’s signature. The State of the Union address on January 20 should provide some insight into whether President Obama is willing to work with Congress on practical solutions. So far, his early veto threats on bipartisan legislation suggest more confrontation than cooperation.

In a divided government, it will take both political parties to produce results and a lasting recovery. Ronald Reagan and Bill Clinton recognized this during their times in office, choosing to work with Congress to pass bold reforms. President Obama now has the opportunity to do the same.

The State of the Union address will air at 8 p.m. CST Tuesday.