Casa Mexicana is bustling with specials to greet the returning students. However the discounted prices on drinks and queso dips are not only welcoming gifts. They are a celebration of the restaurant’s 20th anniversary since it began as El Charro standing where Coop De Ville is now in 1995. 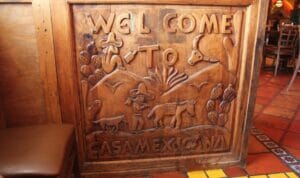 The specials for the week include popular dishes such as chimichanga at discounted price of $7.25 on Thursday and free large queso dip to parties of six or more on Sunday. There will be drink so the customers can drink to the restaurant’s 20th birthday. Happy hours are every day only for this month. Monday is all day with Tuesday to Saturday at 2:00 p.m. to 7:00 p.m. and Sunday from 2:00 p.m. to 9:00 p.m. During the happy hours beer pitchers are priced $14.99. Monday to Thursday the domestic bottled beer is priced at $1.99 and on the weekend the imported beer is priced at $2.25.

Next Wednesday, there will be a ribbon cutting ceremony by the Oxford-Lafayette Chamber of Commerce at Casa Mexicana. “There may be a mariachi band,” said Ramiro Muñoz Jr., manager of Casa.

Muñoz Jr., works every day at Casa as his father, Muñoz Sr., had at El Charro 20 years ago.

“We want to continue his legacy, continue what he did.” said Muñoz Jr. 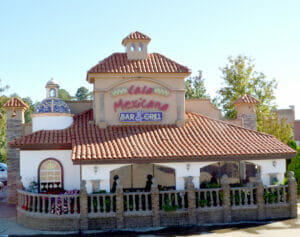 Ramiro Muñoz Sr. and his brother Martin Muñoz both came from Guadalajara, Mexico to America in early 1980s. Muñoz Sr. worked on the roads in Atlanta and saved every cent he could with his wife, Juana. They moved to Nashville ten years later in 1990 where they worked at the Cancun restaurant chain. He began as a bus boy then became a waiter then a manager. With the saved money and over 20 years of restaurant experience Muñoz drove to Oxford and fell in love with the town. He opened El Charro in January 1995, twenty years ago.

Muñoz Sr. said, “”El Charro was one of the first Mexican restaurants in Oxford, if not Mississippi. We started with little money but we built a good legacy.” 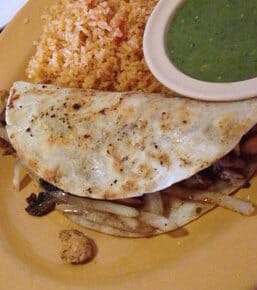 He saw Oxford as a charming small town with huge opportunities. The competition was low, making El Charro the first Mexican restaurant opened in north Mississippi according to Muñoz Sr. University of Mississippi held potential for him: the students would enjoy eating out and his children could attend the university.

Muñoz Jr., said, “My father wouldn’t consider any other colleges. He would tell us ‘There’s a perfectly good college here!’ We’re all Ole Miss fans.”

Muñoz Sr. has opened over 22 restaurants in Mississippi and Tennessee with his brother Martin Muñoz, carefully expanding their legacy whenever time was right. Next summer there will be one more restaurant: El Charro.

The original El Charro has moved and transformed into Casa Mexicana in 2007 but Muñoz Sr. is ready to bring back the first restaurant where it all began for him.

“It was great to hear stories from old customers who loved El Charro,” said Muñoz Jr. “We owe it to the students who were there then and now. And now we’ve opened 24 more restaurants thanks to our customers.” 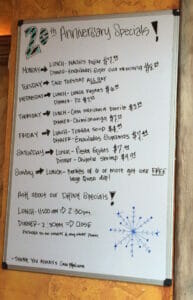 The long-time customers may remember when El Charro was a party restaurant with bright green walls. Now it has changed drastically to Casa Mexicana, a family restaurant with one thing that still links the two: authentic furniture brought over from Mexico. The Muñoz brothers had always decorated their restaurants with artwork and furniture from Mexico. During the winter lull Casa welcomed new furniture: cushioned seats carved out of barrels by Arte and Barricas in Arandas where tequila is made.

“We want to offer something a little better than everyone else is offering,” said Muñoz Jr. “We want a more authentic experience with homemade dishes.”

There will be new dishes added to the traditional menu to offer more dish choices to create a more wholesome meal experience. This new policy will be featured at El Charro next year when it opens at the Oxford Commons.

“We are focusing on Casa for now.” said Muñoz Jr. “We want to re-establish who we are, especially before we open (El Charro) next year.”

Casa is here because of the Muñoz family effort, and now there will be El Charro in 2016.

“It’s like passing down to family. Our family is why we’re here.” said Muñoz Jr., “We rely on each other and we’re getting there together.”