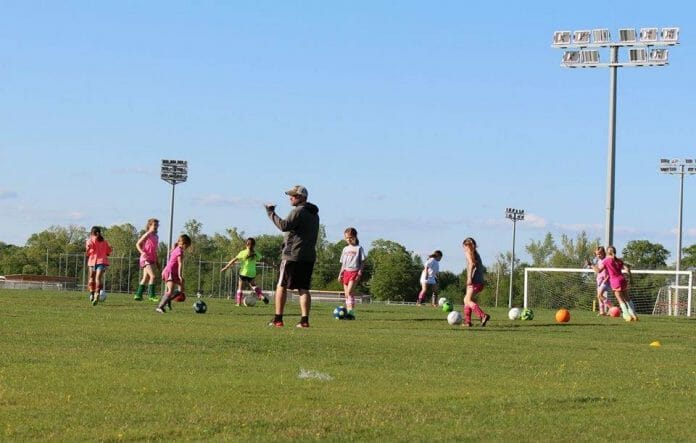 In 1971, George Trost moved his family down to Oxford from St. Louis, Missouri. Trust is the brother of famed St. Louis University soccer star and 1972 Olympian, Al Trost, and is a big soccer fanatic in his own right. Unfortunately for the Trosts, there was no soccer in their newfound home.

“We came down here in ’71 and it wasn’t until ’76 or ’77 that OPC opened up with a soccer program,” the patriarch Trost said. “We had two or three teams total and were lightyears behind Tupelo. So we would take the best kids from each team and take them up to Tupelo to play them.”

The games did not go well as Tupelo would wind up romping in each meeting. Almost four decades later, the tides started changing. Oxford now has 30-40 rec teams and as of 2012, 14 select teams as part of the Mississippi Flood Football Club.

“We don’t want to compete with rec teams,” said Michael Perry, owner of the Oxford-Lafayette Sportsplex, home of the Flood as well as other travel sports teams. “We just want to provide a competitive compliment to them.”

The 72-acre complex features six soccer fields among others, and gives opportunities for the best soccer players in North Mississippi to compete with the best in the Southeast.

“We can’t compete with just Oxford players,” said Flood founder and girls U11 and U12 coach, Chuck Trost. “We have to have all of North Mississippi to compete. It’s great for the kids because they’re playing with other great players, challenging each other and getting better.”

Funded by sponsorships and dues from parents, the Flood has a travel tournament radius of six hours. Not only have they competed in tournaments from Destin to Nashville, but they have thrived, particularly the girls. Last year, the U12 girls won six tournaments in six different states. This year, seven girls from the Flood have signed college scholarships.

It isn’t just soccer players and fans that benefit from the new select soccer scene either, it’s the town. In late March, Oxford will be hosting the Rebel Cup, a soccer tournament featuring competition from U8 up to U18 for boys and girls.

“We had 35 teams here last year and expect around 100 this year,” said the younger Trost. “When you take into account the hotel rooms and the restaurants, it’s great for tourism dollars for the city.”