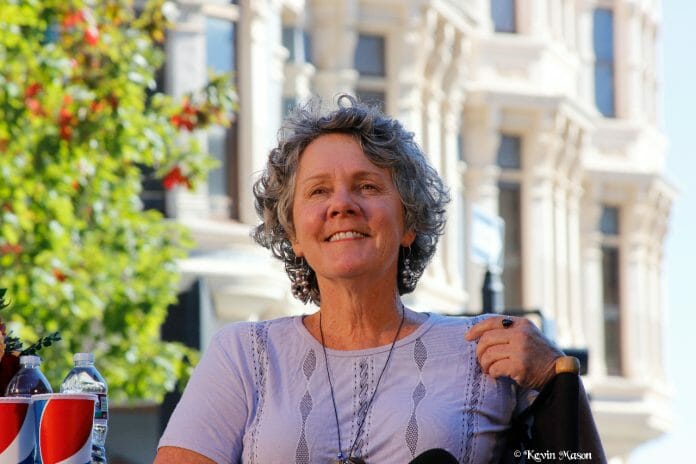 The Sarah Isom Center for Women and Gender Studies will be hosting an artist talk with actor and film producer Maggie Renzi on women in the film industry.

The discussion will take place at 6:30 p.m. in Bryant 209 at the University of Mississippi on Thursday, Feb. 19. The departments of English and Theatre arts and the Cinema Studies program all helped make this event possible. It is free and open to the public with a reception to follow after.

Maggie Renzi’s work with independent filmmaker John Sayles promises to appeal to filmmakers, film buffs and those interested in history of Hollywood film-making and independent cinema. She has been his creative partner since 1978 and produced nearly all of his movies. She was also an actor in many of them.

The two met at Williams College where they both graduated from. Their first collaboration was Return of the Seacaucus 7 in 1979. Renzi starred as Katie Sipriano and worked as unit manager, assistant editor and producer. That film won Best Screenplay award from the Los Angeles Film Critics Association. The couple followed suit with

The film won the Best Screenplay award from the Los Angeles Film Critics Association and became a hit with the college and art film crowd. She produced their second film Liana in 1983 and also played a small role as Sheila. She focused more on producing their subsequent films while still acting in some in small roles. She co-produced the 2000 film Girlfight with Karyn Kusama, a veteran of Sayles/Renzi productions, screenwriting and directing.

These films include: Lianna, The Brother from Another Planet, Matwean, City of Hope, Passion Fish, The Secret of Roan Inish, Lone Star, Men With Guns, Limbo, Sunshine State, Silver City, Honeydripper and Amigo.

Sayles was twice-nominated per Academy Awards for best original screenplay for both Passion Fish (1992) and Lone Star (1996). Renzi produced many of these films listed with either Sarah Green or Peggy Rajski.

Renzi is still active in the film industry. She also produced a veteran of Sayles/Renzi productions, screenwriting and directing: Karyn Kusama’s Girlfight. And she is the executive producer with Sayleson Alejandro Springall’s movie Morirse Esta en Hebreu (My Mexican Shivah).

Renzi has collaborated with Bruce Springsteen. She produced three music videos for Bruce Springsteen which were all directed by John Sayles: “Born in the USA,” “I’m on Fire” and “Glory Days.”

For assistance related to a disability for this event, please contact Kevin at (662) 915-5916 or isomctr@olemiss.edu.