Cofield on Oxford — ‘Soggy’ was a Rebel

“It was a tour de force,” Judge Sweat said in a 1989 interview with The Daily Corinthian newspaper. 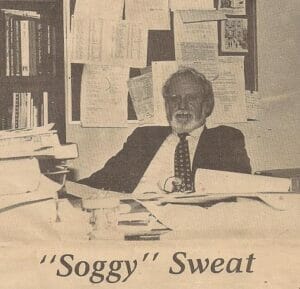 Judge Noah Spurgeon “Soggy” Sweat Jr., of Corinth, was a former judge and lawyer whose 1952 “Whiskey Speech” became a monument to political doubletalk. His professional and political career included stints as a legislator, district attorney, circuit court judge and Ole Miss professor, but Sweat will be remembered most for his “Whiskey Speech” delivered in the Mississippi House in 1952 when lawmakers were debating legalizing liquor.

Liquor was illegal in Mississippi. But the state collected what was called a “black market” tax on it totaling millions of dollars. Sweat, who was elected to the House in 1947 at the age of 24, served one term and delivered the speech during his last year in office.

“Ed Perry used to stand on a table and give a great rendition of this speech. A classic.” — David Rae Morris

“Soggy and my dad were great friends. He looked more like Colonel Rebel than any other person I ever met! He gave this autographed “original” to dad, and it his hung in his UM law school office for about 30 years.” — Drew Mason

“Sweat’s nickname was derived from the phrase ‘sorghum top,’ a reference to the way in which his hair resembled a sugar cane tassel.” — William Safire 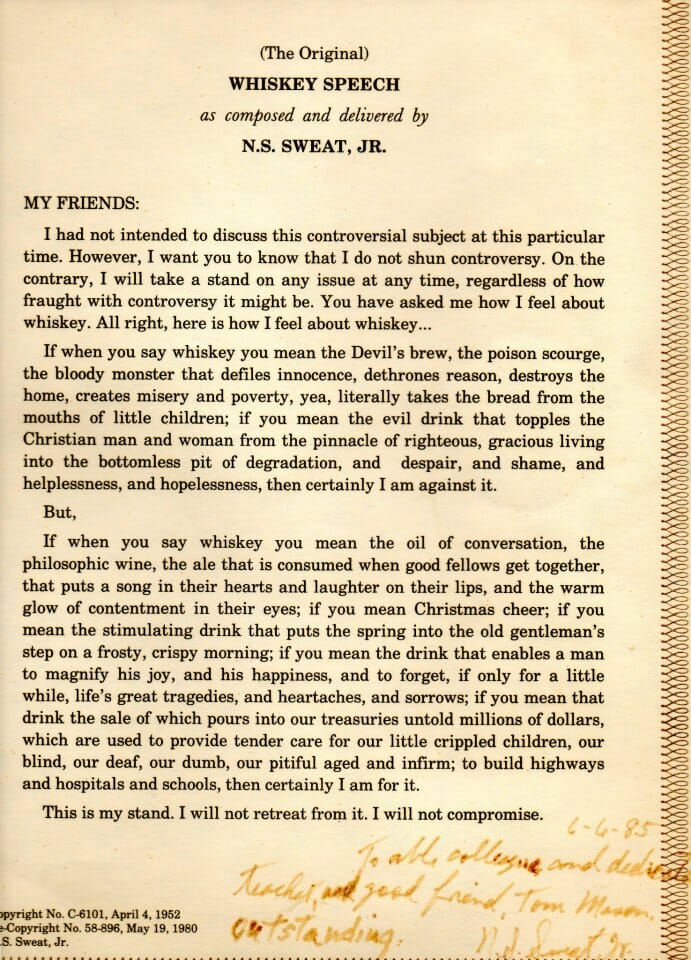