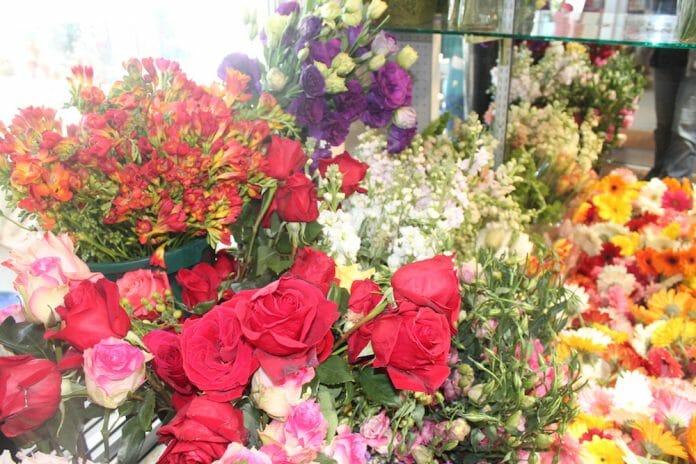 Splashes of color from a multitude of beautiful pottery and crystal pieces along with a distinctively unique collection of specialty gifts from artwork to china to silver to the offbeat for the more discriminate shopper await you at Oxford Floral — not to mention some of the most beautiful floral arrangements around.

Originally from Cleveland, Mississippi, David Naron has been a part of Oxford Floral for 15 years and actually bought the business six years ago. Naron said when he first started working there it was all about the flowers, but today, while the beautiful and colorful blossoms are still a mainstay, the unique and special gifts the shop offers are an integral part of their business as well.

“The gifts we have throughout the store are different and very diverse,” Naron said. “They have become an important part of our business. That’s one of the things that we offer that some of the shops don’t and that’s our niche and makes Oxford Floral unique in that respect. We’ve gone and sought out different vases and containers and many other items that are uncommon and very extraordinary and we have them readily available, whether it’s a piece of crystal or silver.” 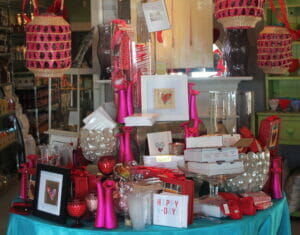 And while Christmas is huge for Oxford Floral, Naron said football season would have to be their busiest time of the year.

“Our busiest time starts when the students move back in August,” he said, “and goes all the way through December. Every other weekend is football, unless you have six in a row like we did a couple of years ago. And on those off weekends, you’re filling in with things like recruitment and Rush on campus, which are probably our busiest 8 to 10 days, by far. Most of the time it’s sandwiched in between two football games and that makes those days incredibly active for us. And then around recruitment time, we’re preparing for our Christmas Open House. It’s a busy and great time of the year for us.” 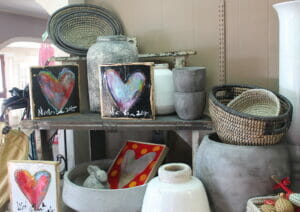 Naron said with Valentine’s Day falling on Saturday this year; it’s really turning into a two-day holiday for them instead of just one.

“Right now half of our deliveries are being set up for Friday,” he said, “and the other half are mainly on Saturday, but we also have some for Thursday too. We’ll double the size of our delivery force for the holiday and have three vans running, with a total of seven vehicles delivering on Friday and Saturday.”

Their biggest seller for Valentine’s Day changed a little this time around, with trends going from red roses to mixed arrangements, filled with such beauties as hydrangeas, tulips and lilies. 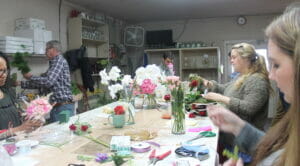 “The trend these days is going more toward mixed flowers,” he said, “and I think that has a lot to do with the sophistication of the customer and social media. What people can see on a daily basis on the internet has changed their mindset; they’re seeing other things besides red roses. They’re seeing beautiful mixed arrangements on sites such as Pinterest. And it’s amazing what that site alone has done for the bridal industry. Pinterest gives people other ideas of what else is out there.”

His advice to his floral designers has always been the same, even before the internet was making such a big impression: 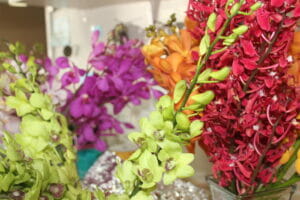 “You can either be a floral designer or an order-filler,” he said. “And I need our people to be floral designers, people who are designing things that are special, unique and different and not just someone who puts flowers in a vase to fill it.”

Naron said that was something that Oxford Floral worked hard to do; to make things that were unique and special available to the customer.

“With each individual arrangement, we try to read the order, see who it’s going to and design something appropriate for that particular customer,” he said. “Getting it just right is important.” 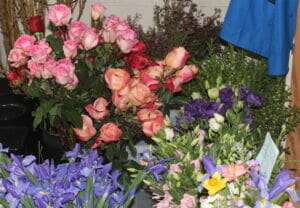 He also values his relationship with the other florists in town greatly.

“We have a great friendship with the other floral shops in Oxford,” he said, “and I appreciate it and think it’s wonderful. When I need something, I can call any one of them and they’ll always help me out and that’s important. We all do things a little differently and specialize in various things, so each of us has our own niche. We have a mutual respect and that’s important.”

Oxford Floral is opened Monday through Saturday from 8 a.m. until 5:30 p.m.

“But for Valentine’s Day, we’ll be open late on Friday and Saturday,” Naron said. “We’ll stay opened until the last customer leaves.”