Adams: How One of Our Most Treasured Holidays is Connected to My Grandelicate’s House

As many of you know, I am originally from Mississippi. I was born in Oxford, Mississippi, in 1962 and over the years made many visits to Columbus, Mississippi, (the birthplace of Tennessee Williams) where my grandmother on my mother’s side lived.

It was years before her in her home that seeds were planted for what is now Memorial Day.

My grandmother, who we grand kids all called Grandelicate, lived in the antebellum home known as Twelve Gables, which was up on a hill above the Tombigbee River.

The house has always been of great inspiration to me because of what happened in it many years before Grandelicate lived there.

This is what the City of Columbus writes in their official city site:

In 1866, a group of Columbus women met in the home Twelve Gables to decide on a way to honor the Confederate war dead in the local Oddfellows Cemetery. They decided on a date to meet, walk to the cemetery and decorate the graves with flowers from their gardens. Once they arrived, one of the women began placing flowers on the graves of the few Union soldiers, too, for they also had given their lives for their beliefs. Other women followed suit, and soon, all the graves — Confederate and Union — had flowers.

This generous gesture was told and re-told, and finally made its way to the New York Tribune, where the short article was seen by young attorney Francis Miles Finch. He was so moved by the generosity of the Southern ladies and their Decoration Day, he wrote the poem, “The Blue and the Gray,” and it was published in the Atlantic Monthly in September 1867. 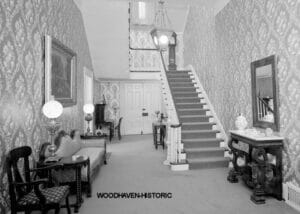 Other towns claim Decoration Day, perhaps earlier than the one in Columbus, but Columbus was the first to honor former enemies. Here’s what the Library of Congress said: “Columbus, Mississippi, thus, can rightly claim to be not only one day ahead of Columbus, Georgia, in its observance of Memorial Day, but more generous in its distribution of the tributes of honor and mourning.”

What began as a solemn occasion in Columbus in April 1866 has evolved into the nation’s Memorial Day, now officially observed each May.

Isn’t that something? I so admire those women for doing what they did and also having the compassion to lay flowers on the graves of Union soldiers. 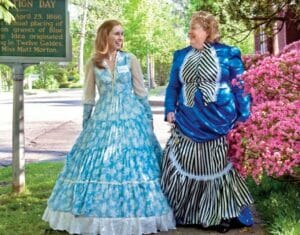 I have many fond memories of visiting the home. I think I always realized how special it was to have a grandmother who lived in an antebellum home. I used to go up those steps to the room I would stay in while visiting. The high ceilings, the grandfather clock, all those things still so vivid in my mind.

Twelve Gables has been one of the more popular stops during Pilgrimage Season in Columbus. The picture of the ladies below is just outside of it.

Grandelicate was one of a kind in a one of a kind home. She had a heart of gold but she did like the finer things in life. She was married five times! Her last husband was the owner of the Cadillac dealership there in Columbus. He went by Mr. Mac and always wore a red sports jacket. 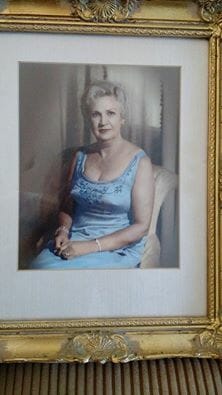 Grandelicate never carried herself as a high and mighty wealthy woman living in a historical home. Not one bit. She was so kind and generous. She could be a piece of work, though! One time she was driving towards the state capital. This was back when you pulled into gas stations and someone pumped your gas. She asked the fellow, “Can you tell me if I am halfway to Jackson yet?” He looked at her and replied, “Lady, I don’t know where you started at…”

That did set her off so much that she drove off in a tizzy before he could ever put the pump in her car.

Do you remember the first time you went on a fairly lengthy car trip alone? I was 16, I believe, and had only driven around my hometown of Oxford, MS. My first 2 hour trip would be from Oxford to Columbus to visit Grandelicate. You would have thought I was flying to the moon. Armed with my map and nervous as could be, I made the first 30 minutes to Pontotoc, then made the right turn and went past Aberdeen and through West Point and into Columbus. There was Grandelicate waiting, as proud of me as if I had done something as brave as Charles Lindbergh.

Another thing I remember about visiting her was she always had those crackers Chicken in a Biscuit in the kitchen cupboard. To this day, anytime I want to go back in time and pretend I am there again, I buy some Chicken in a Biscuit and that taste is my time machine for a few minutes.

My mother, the late Dr. Anne H. Adams, was extremely close to her mother. Grandelicate died in February of 1980 just about the same time as the Miracle on Ice, after a valiant battle with cancer. I don’t think my mother was ever the same. It hurt her mightily to lose her, and she herself died in November of 1980, just nine months later.

Grandelicate was the one that always encouraged my mother that she could do anything! She told her that it did not matter that she was from the tiny town of Hamilton, Mississippi and to set her sights high. She told her to find her passion and follow it.

With her believing in her, Mom became a public school teacher and then a professor at the University of Texas and then at Duke University. She earned her Doctorate and would be named Professor of the Year at Duke and establish their Reading Center. 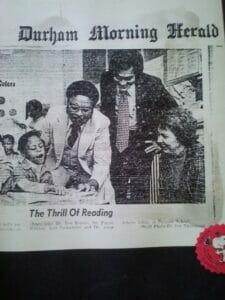 Her passion became making it possible for all kids to be able to read. She became the nation’s leading authority on using unique methods to help teachers connect with kids who struggled in reading. School systems around the nation – including Hawaii – brought her into put in the system. Newsweek magazine featured her.

My mother is pictured on the right above. The expression of the youngster, to me, is priceless. The man on the right was a Hawaii school official who had come all the way to Durham, N.C. to observe her program in an inner city school, then brought her out for a month to instill it in all Hawaii schools.

You’ve seen over the last few months that I have researched, written and spoke a lot about the Miracle on Ice. One of the reasons I have been so passionate in developing this Talk on why the Miracle on Ice in Lake Placid was so significant and filled with life lessons is that it happened in 1980. That was the most significant year of my life regarding celebration and mourning. Grandelicate died in February 1980 in Twelve Gables at about the same time the Miracle was happening in Lake Placid. I graduated from Lafayette High School in Oxford in May 1980. I was Senior Class President and had to give a short speech at graduation. A nervous basket case, I remember thinking that if those boys could beat the Soviets in Lake Placid, I could get through this Talk. I started college in September, and Mom died in November.

I was also telling Herb Brooks’ widow Patti that Herb and my mother were two peas in a pod when it came to intensity, drive and a relentless quest to bring greatness out of others. I don’t know how the great beyond works, but it wouldn’t surprise me a bit if the two of them weren’t up there putting the drive in me to develop this new Talk. Plus, both of them ranked The Sound of Music as one of, if not, their favorite movies. 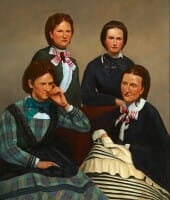 I visited Twelve Gables many times from when I was a little kid knee high to a grasshopper up to age eighteen. Each time I visited I could always feel the spirit of those ladies who back in 1866 started decorating the graves of Confederate and Union soldiers. To think that their actions would lead to our Memorial Day is very inspiring. It shows that we are all capable of significant things in our lives, and doing things that impact so many.

Grandelicate would have fit right in with them.