Southern Halo: Home is Where the Music Is 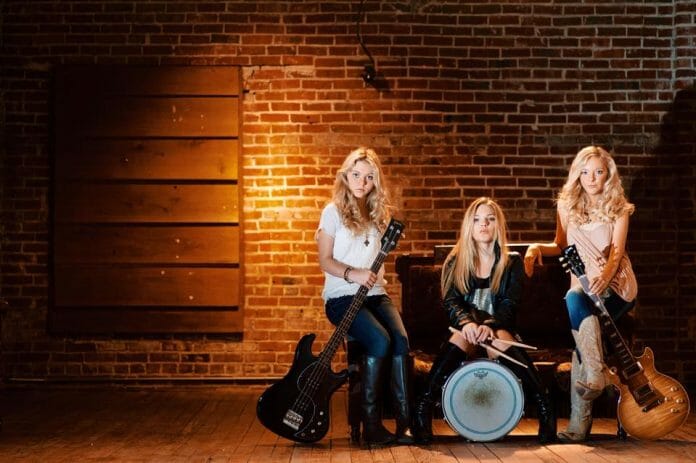 The Mississippi Delta is known for producing some great musical talent, from Blues to Country, from Jazz to R&B; diversity and originality overflow like the Mighty Mississippi’s banks after a long succession of spring rains.

Cleveland-based band, Southern Halo, is no exception to that rule. Christina, Natalia and Hannah are three sisters who can rock, sing the blues, or drive home a country ballad with the same sweetness and charm Hoke Coleburn did Miss Daisy.

The band actually started playing in the living room of their home in Cleveland. The girls would rehearse, Natalia – the oldest, on guitar and piano, Christina – middle sister, throbbing out a beat on her drums, and Hannah – the youngest, rounding out the trio on her rhythm bass, until their Mom, Lori, decided relocation was in order.

Their Dad and manager, Dr. Jason Morris, hesitantly agreed with his wife.

“When I realized this interest in music and pursuing a career as a band wasn’t just a passing phase,” Morris said, “I knew I had to agree with my wife. Our living room wasn’t going to work as a permanent rehearsal hall. We needed a band room. Somehow I knew that would entail the cars moving out of the garage.”

Morris said today his poor vehicles now reside on the outside of the garage and the girls’ band room dwells on the inside. 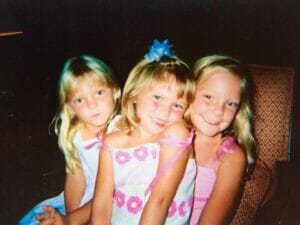 The goals with the band room were to have a rehearsal stage typical of the restaurant-bar venues where Southern Halo plays. Morris said the stage size allows the band a training element to rehearsals, helping them emulate a real show so they can make it as good as possible.

Another positive factor in creating the band room was to have an actual PA system that could either be or simulate the same kind of sound in a restaurant-bar. Morris said they have monitors, speakers and a PA board, just a real test site at home for the band to play.

“This allows the girls to experiment with where they want their drums, bass and amps set up for the best sound,” he said.

Morris said they contacted a Memphis-based Music Center to help set up the home recording studio/ band room professionally, mainly to ensure their neighbors weren’t too disturbed by the band’s rehearsals.

“We had several meetings with them,” he said, “and came up with a plan that we wanted to do. Part of that involved sound panels and they had to be kind of handmade to fit perfectly in the garage. This created the right ambience inside for recording and also buffered and quieted the loudness of the music so it didn’t reverberate too much outside.”

They also had enough room left in the created band room to put in a comfortable couch and coffee table, so everyone could come in and watch the girls practice and record.

Lighting was also installed, the blue, red and green strobes that one would find in a nightclub when a band plays, making the room even more realistic.

“The advantages of all this,” Morris said, “is they get to practice live and learn how loud or soft the drummer needs to play in relation to the other members of the band. If the drummer is way too loud, you just can’t hear anyone else.”

Morris said they then took it to the next level by putting in a front-projector screen which allows them to sit and watch, by hooking up to Apple TV, concerts pulled up on YouTube or Hulu, where they can use that time like a classroom for improvement and instruction.

Morris said there’s a second room beside the garage that used to be their golf cart house, which is now Southern Halo’s recording booth. There’s a complete setup for recording in that room, which includes the glass divider that you see between the studio and the sound engineer.

“It’s an actual recording studio,” Morris said. “We’ve only formerly recorded one song there as of now. But in the next couple of weeks, with the help of a lot of people over at Delta Music Institute, Southern Halo will be recording our first Blues album. We’ll do some of the minor recording here at home, vocals and smaller instruments, and then full-band recording at DMI. The album is going to be a mix of original material and some of the girls’ favorite Blues songs they’ve been singing and playing over the last several years.”