Just two days after receiving a pledge from five-star quarterback Shea Patterson, the Ole Miss Rebels picked up another commitment on Thursday night. 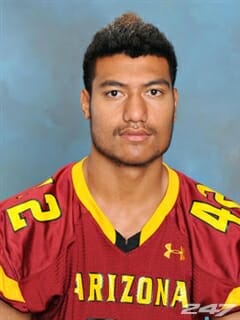 The Honolulu native is the 10th addition to the 2016 class for Ole Miss, and joins four-star defensive tackle Benito Jones as the only commitments on the defensive side of the ball. Ole Miss’ 2016 class currently ranks second in the country by 247 Sports. Ole Miss plans to sign around 30 players this year.

At 6’4 and 225 lbs., Luafatasaga is not the size of linebacker most Rebel fans are used to seeing in red and blue. His large stature lends him some versatility as he can play inside or outside linebacker with the possibility of rush end as well.