Cofield on Oxford — Loss of Tom Freeland a Damn Shame

About Tom Freeland: It feels like when Danny Phillips died. He was going to be Jesse and all of Oxford wanted it so, loved the tradition of the idea, solid Oxford. The torch passed there on Jackson Avenue, insuring a pillar of the town was still strong. It was right and felt right when we looked down from the Square to the Oxford Eagle office.

It was a done deal, but then it wasn’t, it wasn’t our call.

But Tom wasn’t really going to be Hal. Because nobody, son or not, could be, or wanted to be really. Because the father and the son were characters in their own right. The torch of profession had been passed there on Jackson Avenue. The stewardship of a National Historic Landmark had been insured. A noted spot in world literary history was still in Oxford’s bloodline. But without the character of Tom Freeland there when we look down Jackson to Freeland & Freeland, then it will just be a small red brick building. Great law will still be practiced and Faulkner’s ghost won’t leave, rather only joined by Tom.

In the fabric that is Oxford, there are individual strands that have been woven in so tightly with the pattern, and it’s changes through all seasons, that they are one and the same now. It’s Oxford’s story and one family’s connections mirror many others, if not in detail, in spirit. The ties that bind small towns strain harder when one of our own in gone before his time. 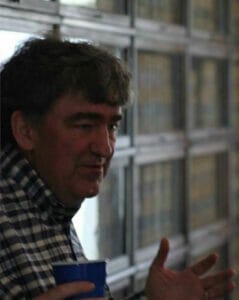 My old granddaddy Cofield operated his studio for 43 years and spent 30-something of them down there on Jackson between Freeland’s and The Eagle. The summer he closed the door for the last time, Tom, Hale and I were out at Camp Yocona with dozens of other Lafayette County Boy Scouts. Hal Freeland was Dad’s lawyer, end of discussion. Bess and Mark were close with Robert Freeland. I will miss Tom every time I’m stumped on a point of county history and can’t ask him on Facebook. And I can see him one tent over from ours in the Grove, coming toward me with a plate of delicious servings of recipes he prepared special for that game.

Tom was a walking history book and his passion for it was a delight to be around. Getting corrected by Tom was not a matter of pride, but rather a source of it. This video is an Oxford must-see no matter the occasion, but all the more fitting now. Tom and father Hal take you through the history of their law office building and the William Faulkner connections there. It is a very nice tribute to both Freelands and all involved. https://vimeo.com/7561849 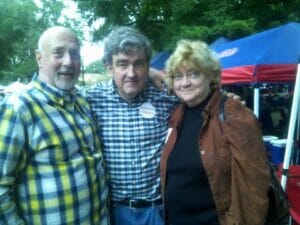 Like with Danny, this wasn’t supposed to happen yet. And now it will just hang out there as one we’ll never fully get our minds around. And with a slight emptiness behind our eyes, shake our heads. Some people just live in a town, some love a town, some learn to treasure a town, and some people make up that aura of a town that changes citizens from liking to loving Oxford, Mississippi. And when they leave us before we and they get to enjoy their wisdom of age, it’s just a damn shame.

He was an Oxford Charger and an Ole Miss Rebel. A UM law graduate and Oxford attorney, champion of the liberal cause and lawyer for the underdog. He can’t help but be missed. It is my hope that Tom’s children and his wife Joyce are ever so comforted by the knowledge that the aura of their Tom will forever live on when Oxford looks down Jackson from the Square. And we’ll see Danny and Jesse, Phil and William, The Colonel in the darkroom and Mrs. Forrest McCall on piano. Dr. Friedman on her bike peddling past the crew at Park’s Barber Shop, the smell Mr. Tom Misilis’ cooking beef and the Oxford Eagles printing press ink. And from the little red brick building set back from the street on the right, our lore is richly preserved by the spirits of Justice L. Q. C. Lamar, Senator W. V. Sullivan, Clarence Sivley of Illinois Central Railroad acclaim, Justice Sam C. Cook, UM Chancellor Edward Mayes, Judge James C. Longstreet, Judge Julian Wilson, old Judge Taylor McElroy, Lawyer Stone, Hal Freeland and now son Tom.