The responses of private businesses to the social reforms and activism in Latin America over the past 20 years will be examined during a presentation March 2 at the University of Mississippi’s Croft Institute for International Studies. 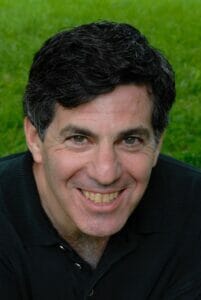 Jeffrey Rubin, associate professor of history and research associate at the Institute on Culture, Religion and World Affairs at Boston University, plans to discuss “Business Responses to Grassroots Activism in Latin America.” The lecture is set for 7 p.m. in the Joseph C. Bancroft Conference Room of Croft Hall. Rubin’s talk is the latest installment in the Croft Speaker Series.

“With each scholar we bring to campus, we aim to provide Mississippi undergraduates with the opportunity to engage seriously with political, economic, social and cultural issues they will encounter as citizens of the world,” said Joshua First, Croft assistant professor of history and international studies.

First and Joshua Howard, a Croft associate professor of history, selected a group of speakers with expertise in emerging social movements and problems of democratization in Latin America, China, the Middle East and Eastern Europe.

“Dr. Rubin is an ideal speaker to address this topic because, not only has he done extensive research in places like Mexico and Brazil, he combines his scholarly pursuits with a personal interest in social justice and activism,” First said. “In this way, he will ideally speak to how students can get involved in making the world a more democratic and egalitarian place.”

Up until the 1990s, Latin America’s private sector and other socio-political elites inflicted violent repression on progressive movements. Rubin’s research has demonstrated business responses to reform have become more open-ended as Latin America’s democracies have deepened, with repression tempered by the economic uncertainties of globalization, the political and legal constraints of democracy, and shifting cultural understandings of poverty and race.

Rubin’s lecture is based on the findings of the “Enduring Reform” project, which he directed with Vivienne Bennett, a professor at California State University at San Marcos.

Rubin, who is specializes in social movements, holds a bachelor’s degree in social studies and a doctorate in political science from Harvard University. He is the author of the book “Decentering the Regime: Ethnicity, Radicalism, and Democracy in Juchitán, Mexico” and co-author of “Sustaining Activism: A Brazilian Women’s Movement and a Father-Daughter Collaboration.” He is also co-editor of “Enduring Reform: Progressive Activism and Private Sector Responses in Latin America’s Democracies,” among other works.

His current project, “Citizen Subjectivities Reconfigured,” examines how social movements, business and religion have reshaped the ways people understand themselves as citizens and become involved in politics in Latin America’s democracies.

Madeline Fumi, a senior international studies and public policy leadership major from Chicago, said she is interested in learning about Latin America activism and also hearing about the implementation of society-based reforms.

“I am very interested to hear about the level of grassroots activism taking place in Latin America and if the international community is, in some way, supporting its efforts,” Fumi said. “Furthermore, I am eager to hear how businesses in Latin America balance economic interests with positive community engagement.”