Mitchell: Attitudes about Work are Inconsistent, at Best

Imagine being a farmer. Imagine plowing, sowing and, when the time is right, harvesting your best crop ever.

Now imagine standing near the loaded trucks, looking at the bounty — the literal fruits of having made a plan, put the plan into action and shepherded it to completion.

To parrot the words of James Brown, you’d feel good.

The point of this exercise is that we value our work. It defines us.

And it doesn’t really matter what kind of work it is.

A heart surgeon and a firewood-stacker can achieve the same level of self-satisfaction from doing their jobs well, from having a good day at work.

But there’s a quirky thing about our culture. While our work, whatever it is, makes us feel fulfilled, we assign distinctly different levels of respect to the work of others.

We almost bow in the presence of authors, doctors, celebrities, elected officials and a smattering of other employment categories. But we mock lots of others, such as “burger-flippers.” What question does a person with a college degree in history ask most often? “You want fries with that?” Everybody has a good laugh — except, of course, history students and people who work fry stations.

Oh, the inspiring stories do come along. Back in 1995, Hattiesburg washerwoman Oseola McCarty donated $150,000 to the University of Southern Mississippi to endow scholarships. As Rick Bragg put it in The New York Times, the quarters and dollars were amassed from a lifetime of “bundles of dirty clothes (she) made clean and neat for parties she never attended, weddings to which she was never invited, graduations she never saw.”

But she was glad to do it, and the world marveled at her philanthropy.

Mississippi has historically been a place where more people work with their hands, often outdoors, than in an office or even an assembly line.

As the workplace has changed during the past several years, the state has worked its way up (or down) the list to the top (or bottom ranking) among states in terms of unemployment rates. (For January, Washington, D.C., was .1 percent worse at 7.3 percent. The national average was 5.6 percent.)

But there’s a major problem with this statistic. Announcers usually intone the words “among those looking for work,” but people glob onto the numbers, figuring up is bad and down is good. They miss the detail that employment rates can (and often do) go up even when fewer people have jobs.

Said more directly, while there are different tallies and indexes, most agree that the number of paying jobs in Mississippi has been dribbling down steadily for at least the past 15 years. The most alarming statistic is from the Department of Census. Its Current Population Survey shows Mississippi jobs declining at a rate of 1,000 per month.

True, there are still more than 1.5 million people who do have jobs. Also, as of this writing, the job opportunity aggregation website indeed.com shows 1,178 unfilled jobs in Mississippi.

The situation is troubling, but not bleak.

In recent years, governors and lawmakers have given much attention to inviting more jobs to Mississippi with everything from increased workforce training, grants and tax credits to major employers. Serious courting of major corporations and international trade has been a priority here.

But the same is true in every state. And in some sectors of Mississippi it has not dawned on local officials that regional alliances, even partnerships that cross state lines, are beneficial.

The argument could be made that education and infrastructure should dominate 90 percent of the conversations in the Capitol.

But outside those hallowed halls there’s also much to do, and it could start with not just pretending to respect the value of all honest work but to demonstrate that respect in everything we say and do. We need to create a state culture in which all work is valued.

It takes superbly skilled hands to perform the most delicate of heart surgeries, but the patient may die unless if a nameless $7.25/hour worker failed to properly sterilize the instruments.

People in loud trucks pick up our garbage. People in lab coats test our drinking water. People drive our kids to and from school. People try to teach them. And, yes, people flip our burgers.

It’s a mental thing. There may not be a lot individuals can do to reverse the slide in jobs in Mississippi, but one thing that might help is to become a place where work is respected. Really respected. 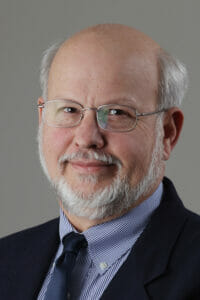