An Ole Miss graduate’s film, “The Space Shuttle: Flying for Me,” is set to air at 7 p.m. Tuesday, March 17, on Memphis PBS affiliate WKNO-TV and at 9 p.m. Wednesday, March 18, on Mississippi Public Broadcasting stations. 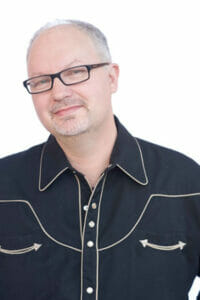 Nashville filmmaker Tim Weeks, who earned a bachelor’s degree in 1981 and a law degree in 1984, both from UM, wrote, produced and directed the film. The program is a tribute to the space shuttle program’s achievements over 30 years.

“Now that we’re in this interim period where NASA and the aerospace industry are developing the next generation of American launch vehicles, we miss the space shuttle,” Weeks said. “It was the most amazing vehicle ever built.”

The space program might have been a career path for Weeks as an engineering student at Ole Miss, but when he became a columnist for The Daily Mississippian and editor of The Solicitor, he chose to pursue other creative goals. Tim’s television career spans 25 years, including 150 episodes of “Opry Live” for cable TV and numerous specials and films.

“I’ve done a little of everything from live sports to public affairs programming and entertainment,” he said. “But I think the space shuttle film was a project I was born to do.”

“This is the best astronaut-based film I have ever seen,” Heflin said.

A 2015 Mid-South Emmy nominee, “Flying for Me” covers the triumphs of the shuttle years, including the Hubble telescope and the International Space Station, as well as the tragic losses of the Challenger and Columbia orbiters.

“This is not just a recounting of history; we were able to capture the raw emotions of people who were there in the moment,” Weeks said.

The program also pays tribute to the diversity of the space program ushered in by the shuttle era; the first class of shuttle astronauts included the first women and African-Americans to fly into space.

The project began with filming at a space shuttle symposium at Georgia Tech in 2011. It resumed in 2013 with shooting at Kennedy Space Center in Florida and the U.S. Space and Rocket Center in Huntsville, Alabama, when the film was licensed by American Public Television in Boston. Principal photography was concluded in March 2014 with a trip to Johnson Space Center in Houston, Texas.

“I’m a child of the space program,” Weeks said. “I was glued to the TV as a kid watching the race to the moon and all the lunar landings. I hope this film might inspire yet another generation of engineers and astronauts to take us the next steps in human spaceflight.”