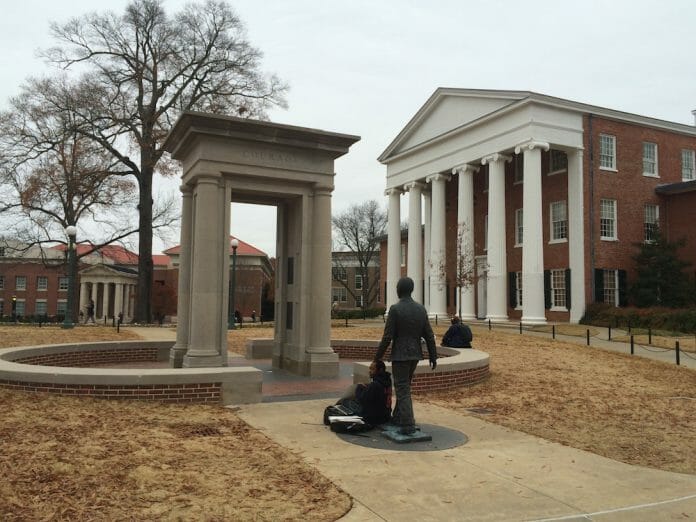 The Oklahoma University fraternity members of Sigma Alpha Epsilon were broadcast nationwide via a recording of them chanting a racist song.

Many have spoken out against these students, and among them were two University of Mississippi alums.

Timothy Abram is a Hall of Fame member at the University of Mississippi who graduated last year with a degree in public policy leadership. He is currently a history teacher at West Tallahatchie High School in Webb, Mississippi. He has written several thought-provoking articles both as a writer and an editor for the Daily Mississippian’s opinion section.

He hasn’t lost his touch for critical reaction writing to national events. Recently he published with the NBC News, as quoted:

“If we want to measure progress by the fact that we are not lynching black people anymore, we are only singing about it, I suggest we use another ruler.”

Anonymous is the name of the author who posted an opinion piece to Fox Sports. It is troubling that this person has refrained from naming himself, but he has written at length of his experiences with the intersection of racism and Southern traditions at University of Mississippi with a conclusion that people could learn and change for better. Here is an excerpt:

“I abhor the words and attitudes present in the Oklahoma video, but I hope that everyone can step back from the outrage and learn from this situation. Feel free to mock them for their stupidity, but don’t forget that they are people and people can change.”

This is one of many dialogues the nation must face, and University of Mississippi is well-represented especially by Timothy Abram.

Update: The corrections were made to change the university’s name from Oklahoma State University to Oklahoma University.

Callie Daniels is a staff writer at HottyToddy.com. She can be reached at callie.daniels@hottytoddy.com.