The King Twin Rappers Are Wreaking Happiness Wherever They Go 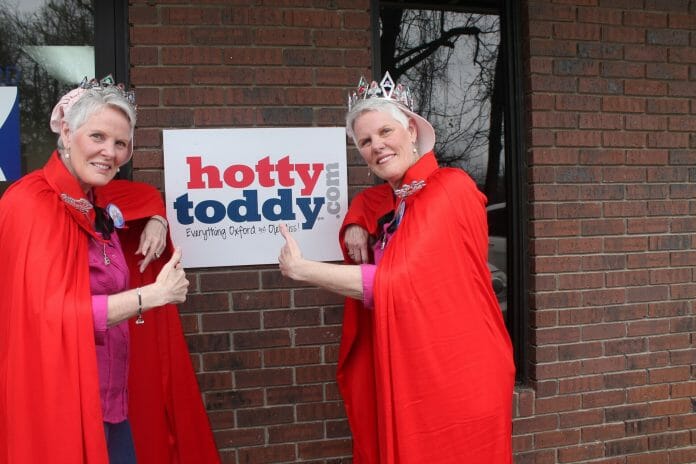 Oxford authors and Ole Miss Alumni Margaret and Kat King, identical twin sisters whose personalities are as different as peanuts and butter, are embarking on a new career and a new life.

Successful authors already, the two ladies have now decided at 60-something to become rappers and are now affectionately known as “The King Twin Rappers.”

“In December 2012, we put our first book out titled, ‘Y’all Twins?’ And we were very successful in selling it,” Margaret King said. “But marketing is strange. We had a great product, but how could we get people’s attention everywhere and get them to buy it?”

King said they just couldn’t figure out how to market it, when her sister Kat came up with a great idea.

“Margaret and I live together,” Kat King said, “and we were flipping through television channels one evening when she said, whoa, back up. So, I backed up and there was a rapping channel. And I asked her, was she kidding me? But we listened to it. And I asked Margaret, what do you notice about rap? Well, we couldn’t really understand the lyrics, and they were moving all over the stage, but the rhymes were great and so were the attitudes. We figured we could rhyme and we do have an attitude, so, ‘The King Twin Rappers’ were born. We decided we could draw a lot of attention to our book by doing our raps, and maybe bring a little humor and fun to people, never dreaming how the rapping itself would take off.”

Margaret King said the first rap they came up with was a Super Bowl song when Michael Oher and P. Willy were head to head.

“It’s the cutest rap,” she said. “And we love doing them so much. We do raps for Cystic fibrosis and for epilepsy and all kinds of important causes. We have 25 to 30 original raps out there.”

Margaret King said they hired a firm out of Fayetteville, N.C., Breezewood Productions, and the next thing they knew, they were in Nashville recording a CD.

“We have a CD coming out,” she said, “and a video. We hope both of them will be released by early April. They’re going to pitch it to big venues like the Today show and The Ellen DeGeneres Show. And we did a funny personalized rap for Queen Latifah, so we hope we make that show too. We’re just trying to put ourselves out there.” 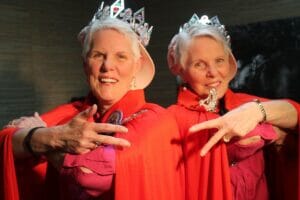 Kat King said that while most folks go to Nashville chasing their dreams, The King Twin Rappers went there with no idea where all of this would lead them.

“Most people go to Nashville because, number one: they can sing and their dream is to have a CD recorded,” Kat said. “And we go to Nashville and can’t really carry a tune together, yet we’re recording a CD and making a video. What more could you ask for when you really don’t have any singing talent?”

The Kings said one of their goals with this endeavor was to make people laugh.

“We want to make people smile and laugh,” Kat said. “That makes us happy.”

Margaret and Kat have three books that have already been published and released. They also have three children’s books coming out in 2015. 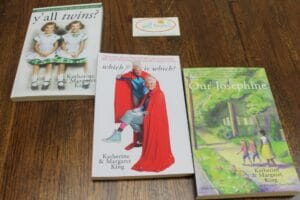 “We have one coming out next month called “The Backyard Campout,” Margaret said. “Vabella Publishing out of Atlanta is our publisher for these. So, we’re very excited. The Backyard Campout will be the first in a series of chapter books for 4th and 5th graders that we’re doing.”

The Kings also hope the third book they’ve written about their childhood and growing up in Oxford might be made into a movie. The book is titled “Our Josephine” and is a memoir set in Vicksburg in 1957 when on a visit to their great-grandmother they met a young African American girl named Josephine, who was their great-grandmother’s caregiver, and changed two nine-year-old girl’s lives as they learned the meaning of true friendship and respect for the individual from Josephine. They’re talking to a production company in Los Angeles about their book.

The King Twin Rappers have gigs lined up, having been invited to open for Gospel singer, Michael English, and Country/ Christian artist, Trey Edwards, throughout their southern states tour.

“We just love the rapping,” Margaret said. “We want to play all of these venues, small and large, and make people smile. It’s a great feeling to make someone else happy.”