A missed Christmas. A first time in an airplane. A romance with a girl at a school dance. A struggle with a childhood illness. These are the memories of incarcerated men in the Parchman Farm, officially known as Mississippi State Penitentiary.

The VOX Press, a 501(c)3 arts organization in Oxford, Mississippi, made these humane stories possible with its implement of the sole liberal arts program for the Mississippian inmates: the Prison Writes Initiative. 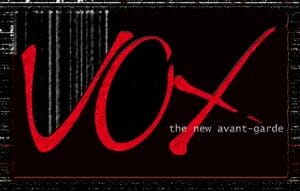 Louis Bourgeois, executive director of VOX Press who has published 10 books on poetry, prose and philosophy, said, “I wanted to put together a Prison Writing/Art program because I believe in the individual worth of all people.”

Bourgeois is a man of his word. For six months he made the roundtrip of a little over two hours so he could teach fiction, poetry and memoir writing to the inmates. The inmates studied Eudora Welty, Barry Hannah and Langston Hughes to name a few notable writers. Then they learned to write their own story, especially of their childhoods. Their stories were later published In Our Own Words: Writing From Parchman Farm (Vox Press, 2014).

Eric Thomas Weber, professor of public policy leadership at University of Mississippi and author of Democracy and Leadership(2013), attended one of the classes Bourgeois taught at the Parchman Farm in that time frame. He later wrote in a reference letter for the program:

“As a person who has taught for around a dozen years, I can tell you that it takes some thoughtful selection and preparation to pick a text read together which evokes student responses and rich interactions. I was profoundly impressed with the prisoners’ eagerness to jump in and discuss the material, to raise questions, and generally to interact seriously in discussion.”

These men’s stories are prefaced with a brief biography, including their crimes and sentences. However these sentences could be quickly forgotten as the reader is lost in these 24 stories from eight authors’ Deep South childhoods from riding beloved hogs to hitching donkeys to anticipating visits to their grandparents’ homes. These stories aren’t limited to just childhood, however, but of the moments the authors’ grew into manhood. These stories are remarkable not only in their prose but the fact these authors had not written before.

Here is an excerpt from the book, written by Vincent Young who contributed 13 stories to the book.

Laura Cole, vice president of VOX Press, said, “VOX’s Prison Writes Program has received a certificate of appreciation from the Governor’s Initiative for Volunteer Excellence. It’s a great honor, and for everyone involved with VOX, this is a moment to feel proud as hell. But most importantly, cheers to Louis Bourgeois for getting the PRI going.”

All proceeds from the book purchases will go to continuation of the Prison Writes Initiative. The book is available on the website.

This book and the first class were made possible with generous donations from the Mississippi Humanities Council, Neil White and Carol Dorsey and The Cox Foundation and The R&B Fedder Foundation.

Callie Daniels is a HottyToddy.com staff reporter and can be reached at callie.daniels@hottytoddy.com.