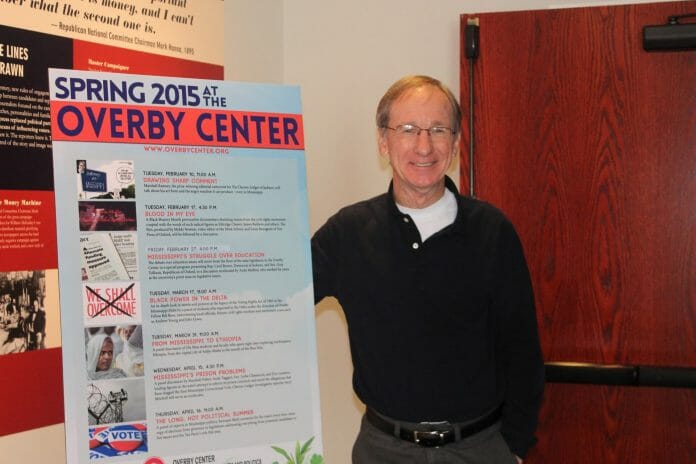 No matter where life takes you over the years and what it allows you to do, for most people there’s just something special about their hometown. Bill Rose is one of those people.

A newspaper man who has covered more interesting and amazing stories than most of us have ever heard, Rose’s fondest tales are of growing up in Shelby, Mississippi.

“Shelby is my hometown and it was the best place in the world to grow up,” Rose said. “It was a special time in the history of the country and the Delta, when small towns offered a wonderful upbringing for kids.”

Rose’s mom was secretary for the superintendent in the Shelby School District and his dad ran a corner drugstore on Hwy. 61, which in those days ran straight through the middle of Shelby.

“There was a soda fountain, ice cream, banana splits and milk shakes,” Rose said. “I worked behind the counter, and of course hated it at the time because I had to do it. Later I realized what a great joy that time in my life really was.”

His journey into journalism started when he was in high school with the school newspaper.

Rose covered all the sports events for his high school paper and also filed the same stories with The Bolivar Commercial and with papers in Jackson and Memphis.

“After the games, I would run to the phone and call the Jackson and Memphis papers and dictate my stories to them,” he said.

With an early interest in sports journalism and constant praise from his teachers on his writing abilities, Rose knew where he wanted to go to college. He had long been an Ole Miss Rebel fan since the days he and his father’s friends would gather around the radio in his dad’s drugstore and listen to the broadcast.

Rose enrolled at Ole Miss and worked several summers at the Delta Democrat Times in Greenville for Hodding Carter III, who was the editor at the time. Rose loved everything about the newspaper world.

“I covered Bolivar County,” Rose said, “and loved it. They put up with me for two summers. When I was about to graduate, and was actually thinking about law school, where I would have been miserable; I received a call from Hodding and he told me he wanted to hire me full-time to set up a Cleveland bureau. I took the job.”

Rose graduated from Ole Miss in 1969 with his bachelor’s in journalism and worked a year for Carter and then The Bolivar Commercial lured him away with a news editor’s position, where he stayed six months before joining the army.

“I was in the Army Reserve and had to go do my basic training,” he said. “While I was at Fort Bragg, North Carolina, I started reading The Washington Post every day because you could get it at the PX. And I was absolutely fascinated by it.”

At that point, Rose had an epiphany: he wanted to be a professional journalist. He contacted Carter while still in Fort Bragg and asked about a job.

Carter hired Rose full-time and when he got out of the army Rose moved to Greenville and went to work covering local politics for the Democrat Times. For five years he was happy with his job and his paycheck, modest though it was. But after a minor run in with a flock of chickens and some car damage that he had to pay for, he decided it might be time to seek more gainful employment.

He started applying to newspapers all across the south and it wasn’t long until he sparked interest from the Miami Herald and they asked him to come for an interview.

“I was hired,” he said, “and started out as a reporter for the West Palm Beach bureau. This was 1975 and after two years they brought me down to Miami where I began covering city government. It wasn’t long until they opened their Atlanta bureau and asked me to take the job, which I did.”

Rose said while he worked for The Herald in Atlanta, he went everywhere and covered everything from serial killers to hurricanes. He worked his way up to national editor and eventually editor of their Sunday magazine, The Tropic, which won two Pulitzers under his leadership.

“I left The Herald in 1999 and went to the Palm Beach Post to be their managing editor,” he said. “I was there for ten years before I retired and moved to Oxford because my mother lived in Memphis at the time and I wanted to be near her. Plus I’ve always loved Oxford.”

These days he and his wife of 44 years, Susan, live in Oxford and Rose teaches at Ole Miss. It seems he has come full circle, back to the school that taught him the journalism that he loves and now he teaches others the value and satisfaction of in depth reporting and writing.

“We’ve done four magazines on the Delta and one on the Mississippi River Flood,” Rose said. “We teach the class in the spring and it’s all about writing, reporting and the Delta. We go to the Delta and do the reporting for a week and then we come back to campus and start writing our stories. The first magazine my students did won the John F. Kennedy journalism award for the best college magazine in America. The fourth one we published on Delta foods won the Society for Professional Journalists’ award for the best college magazine in America. So, it’s an amazing and inspiring job and I love it.”

Angela Rogalski is a HottyToddy.com staff reporter and can be reached at angela.rogalski@hottytoddy.com. This article first appeared in the Cleveland Current, a publication owned by HottyToddy.com contributor, Scott Coopwood.