Cofield on Oxford — The Second Time Around 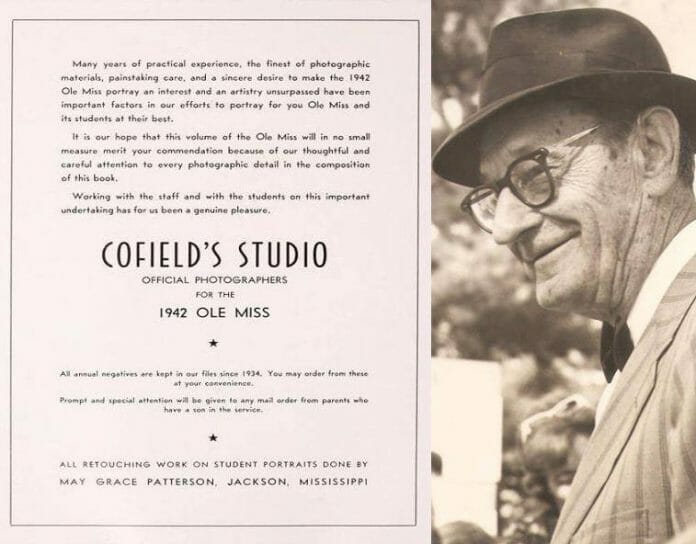 They weren’t buying many photographs during The Great Depression. The Cofields got by on vouchers from Ole Miss and the little cash business that came through the door. Then, he was raking leaves one Sunday and Grandmother Cofield came running to the front door and yelled that the Japanese had bombed Pearl Harbor. Granddad said suddenly parents and new volunteers were coming through the door left and right. Then, soldiers home from boot camp and overseas were coming in. He had Old Glory and the flags of the 4 branches in the corner and he kept them covered in black plastic so they might never fade. Anxious parents, proud fathers and scared mothers, wanted a picture of their boy in uniform before he left home. And, then, there were the ones who never came home.

When he was five years old, he would stand in the dark like his father and grandfather taught him to, told him to, and pushed the hanging tin sheets back and forth in the vat in hopes of the silver emulsion coating evenly, and the handmade film being of high quality. He didn’t learn to be a photographer because he needed a job, he was born a photographer. At the same time, he was the businessman he was by following his family’s lead. If you wanted him to hand retouch a negative for 2 hours, with varying shades of lead pencils, it was going to cost ya. The deeper he went into his talent, the more he charged. But at the same time, he’d spend 2 hours printing up and signing free 8×10’s for all the friends he’d been with at a party at The Mansion the night before.

Granddad told me he almost got rich off the war. He built a house and bought a coupla new cars, and clothes for his wife, and some nice trips, and all that. And he saved too. But there were times that were not about the money, anymore than the free shots for “Shine” Morgan and the gang had been. It was those sad second times he saw a set of parents coming back in for a picture of their boy in his uniform. Semi-stoic fathers and tearful mothers; they came alone this time and he knew them by their sad eyes. The second order would be bigger than a coupla years earlier. For now grandmothers who would never really get over it, and little brothers with quivering bottom lips, and a favorite uncle, and a high school sweetheart, would cherish his memory on their mantels and dressers. And at those tearful times, and for those fallen American heroes and their families, it was always no charge the second time around. 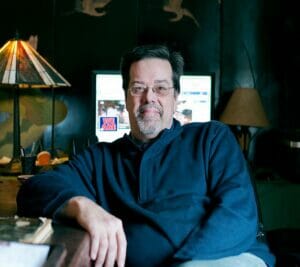