When I returned to civilization last year from six years in prison, I found that civilization wasn’t how I remembered it. Something had changed. Gradually, it began dawning on me that folks were angrier. And not just about specific issues or things, but pissed off seemingly at everything. 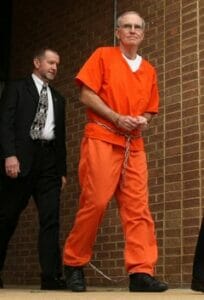 Surely, you ask, it must have been worse in prison, where tension constantly percolates and inmates are all ganged-up to fight each other on sight. To be sure, there are “joints” like that. Not so, however, in the minimum security camps where I did most of my time. Instead, the emphasis was all on courtesy and respect. The fastest way to get into trouble — and possibly shipped to a truly tough prison — was to get into a loud argument with another inmate. And God forbid a fist-fight, which would automatically earn the participants a dose of “diesel therapy,” which is prison slang for a one-way ticket on a “chain bus” to Leavenworth — no matter who started it. One learns to “walk away” rather than risk serious confrontation.

Now prison is not where you want to go. The beds are little more than steel racks, the food’s inedible, and the medical and dental care are better in Haiti. Yet perversely, folks seemed happier than out in the civilized world. They found ways to get along. The shared misery of incarceration somehow spawned tolerance and cooperation.

A good example of the anger I’m talking about was triggered during the recent controversy over the IHL’s decision to let Dan Jones go as our Chancellor. I think it stinks and am on record to that effect. But I don’t think that the individual Board members are stinkers, and I am dismayed by the tantrums that some of Dan’s supporters have displayed toward others in our community who participated in or supported the Board’s action. It is done. There’s nothing more to do than lower our voices and rationally cooperate in attracting and welcoming a new Chancellor.

No, I don’t want to go back to prison where life was harsh but simple. I do think, however, that I learned something about getting along, taking a deep breath and facing the next day. I think that Dan Jones would want that, and I’m sure that the future of our great institution requires it. 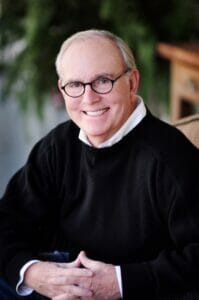 Richard Scruggs is a former Oxford attorney and was indicted for bribery in 2007 and 2009. A novel on the situation, “The Fall of the House of Zeus: The Rise and Ruin of America’s Most Powerful Trial Lawyer” by veteran journalist Curtis Wilkie, was published in 2010. His sentence was completed in September of 2014.